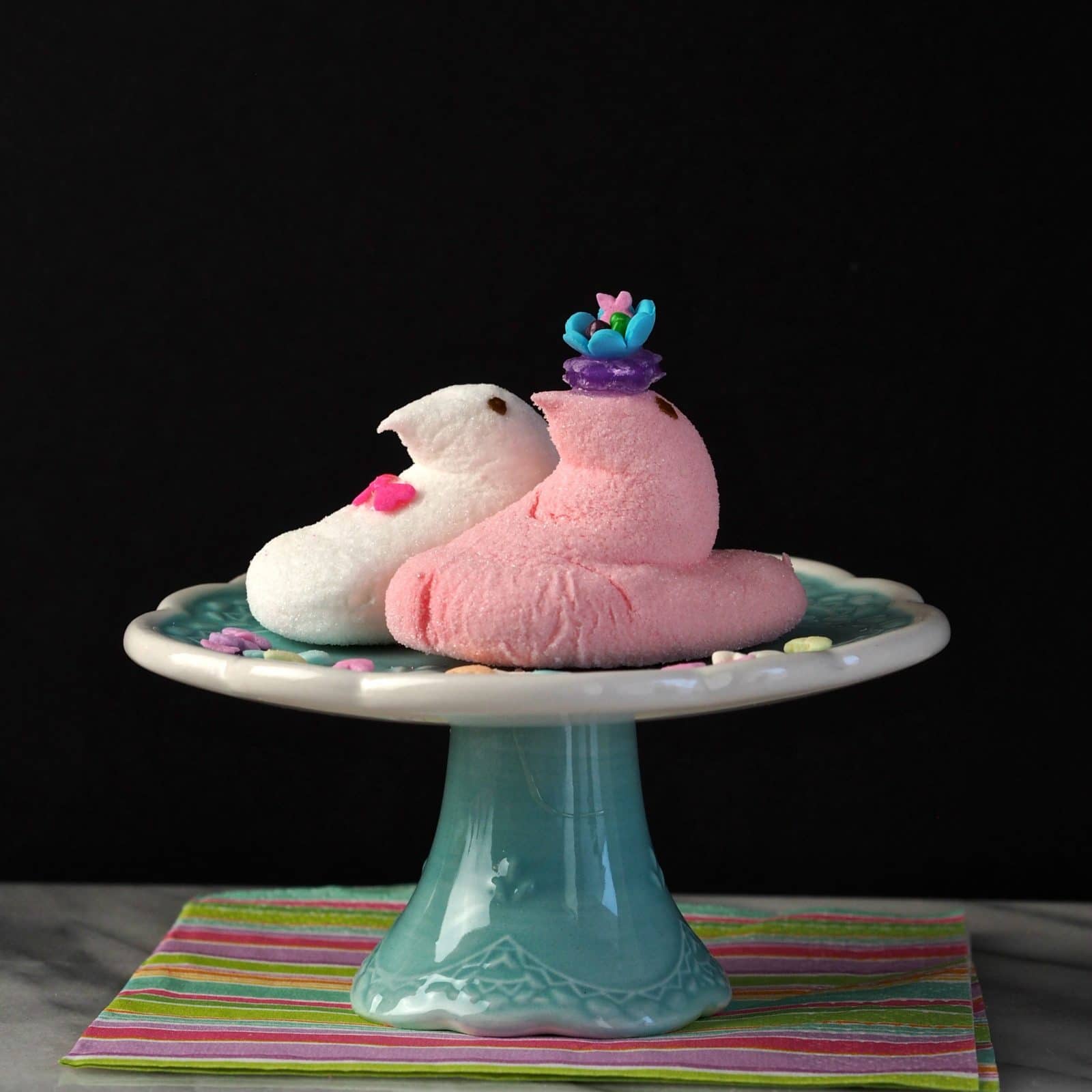 Peeps love to get dressed up for Easter – and – they love an Easter parade. I found out just how much after bringing them home from the grocery store this week.

Soon after arriving home from the store, I began hearing a song from my childhood. My husband, Jeff, wasn’t home at the time, so I thought the music must have been coming from outside my house. When it became louder, I realized something strange was going on INSIDE my house and decided I better figure out the mystery.

I followed the sound straight to the kitchen and this is what I saw. 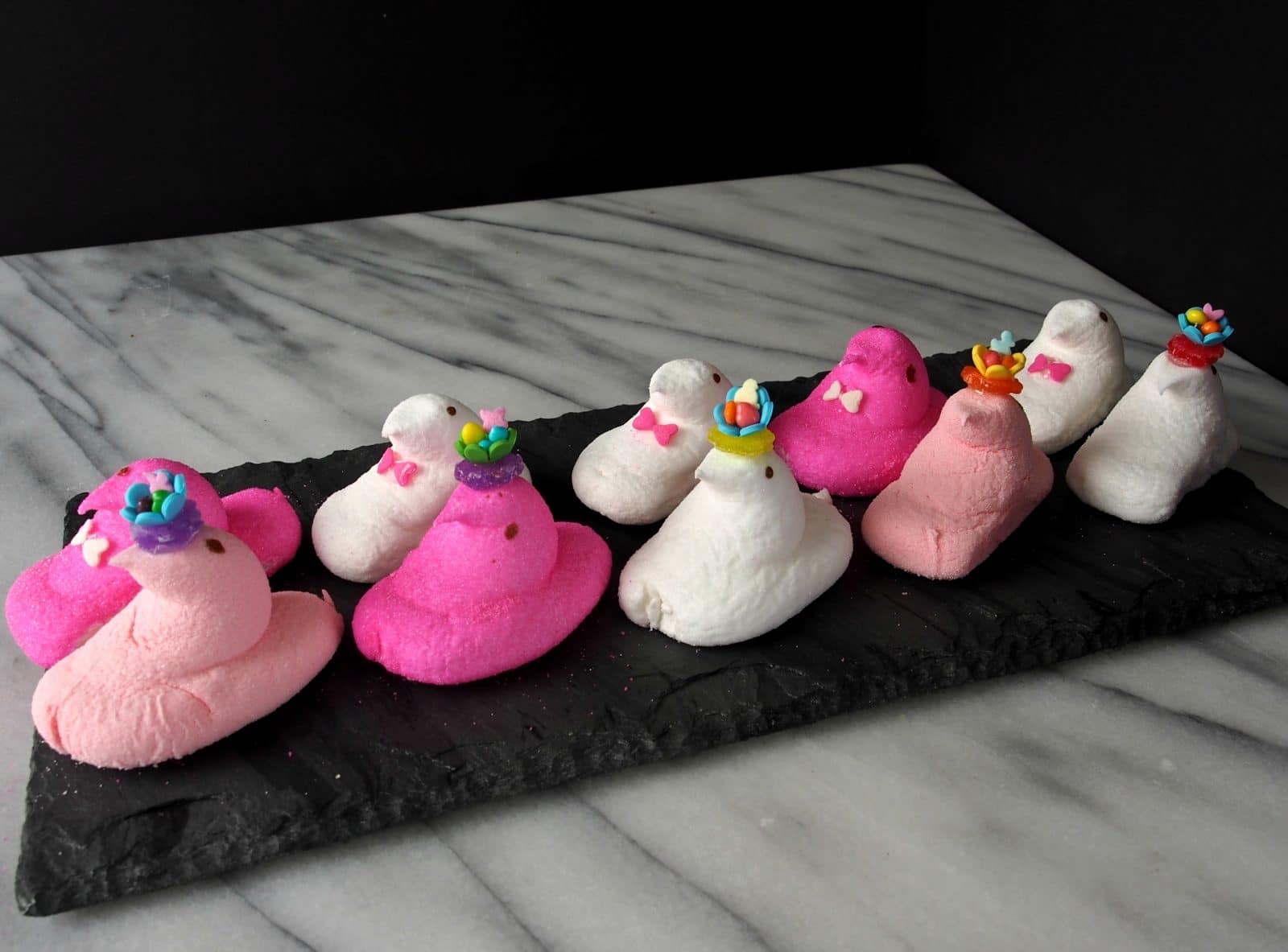 On the avenue, Fifth Avenue, the photographers will snap us
And you’ll find that you’re in the rotogravure
Oh, I could write a sonnet about your Easter bonnet
And of the girl, I’m taking to the Easter parade

I stuttered, “Hhhoww?” and they replied, “Our bonnets are easier and cuter to make than that ham you serve every year.” 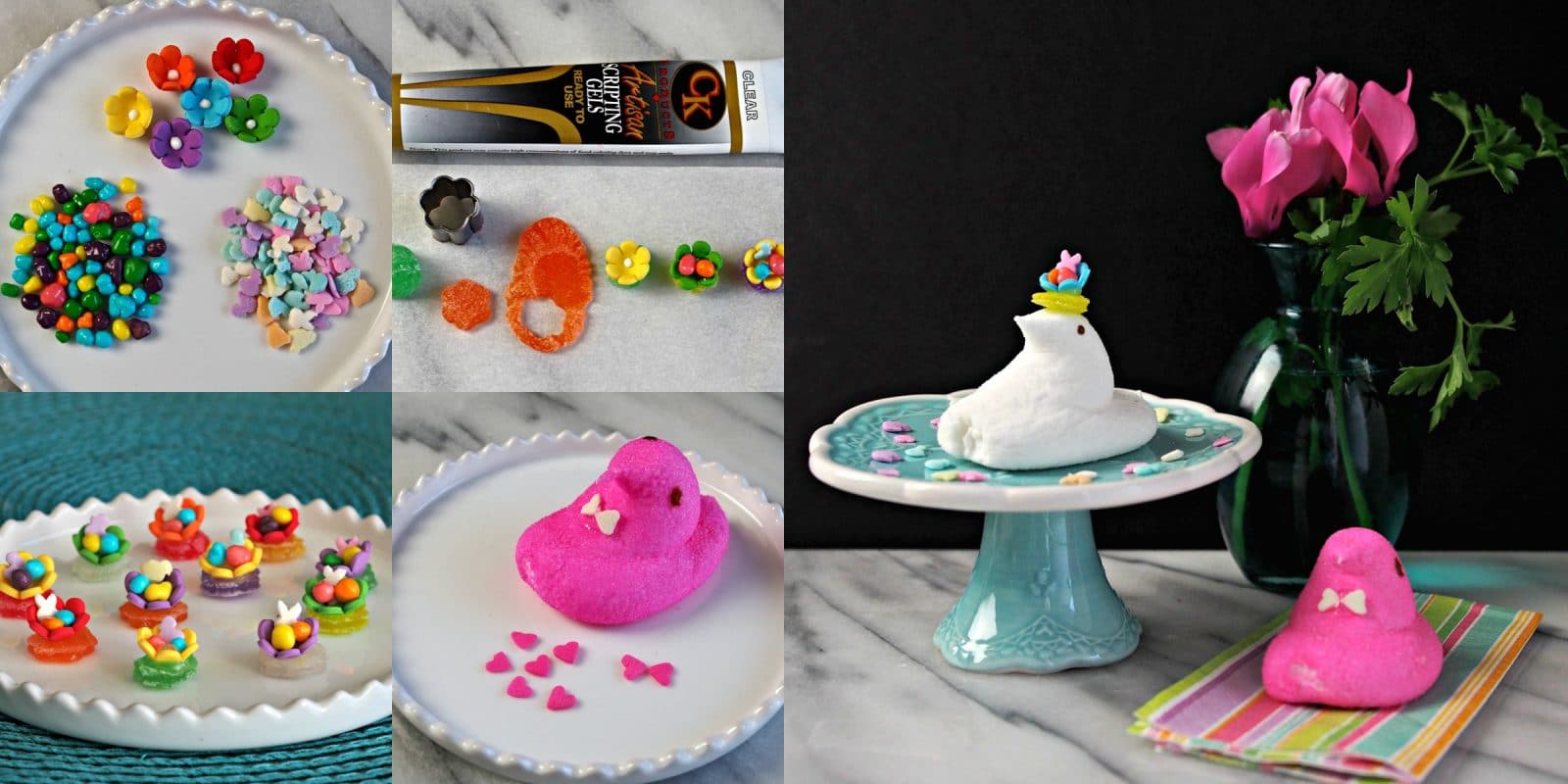 Then they said, “Get busy, we’re on our way to Fifth Avenue, and we want photos taken while we look our best.”

Gosh, it was difficult to get them all to hold still and to smile at the same time. 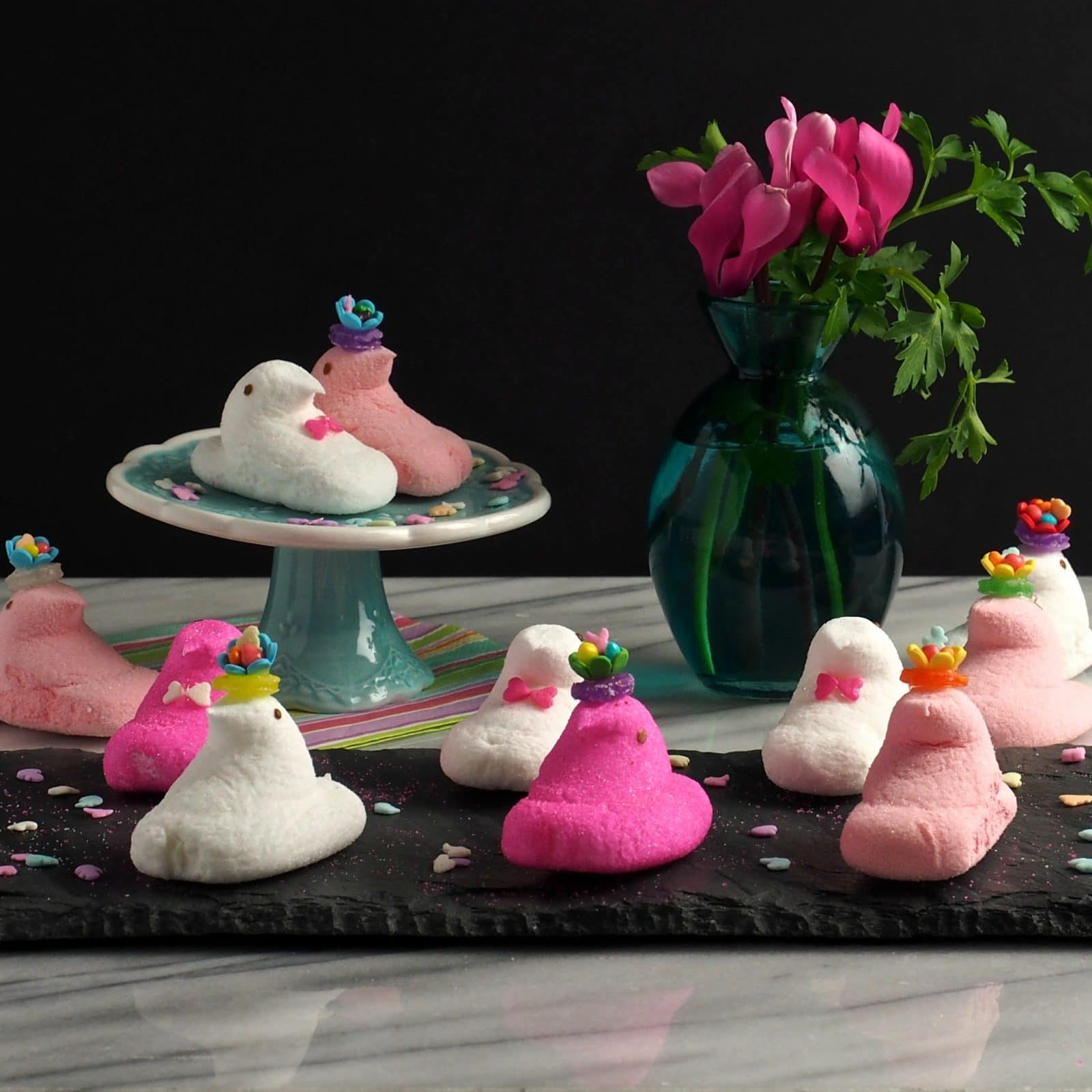 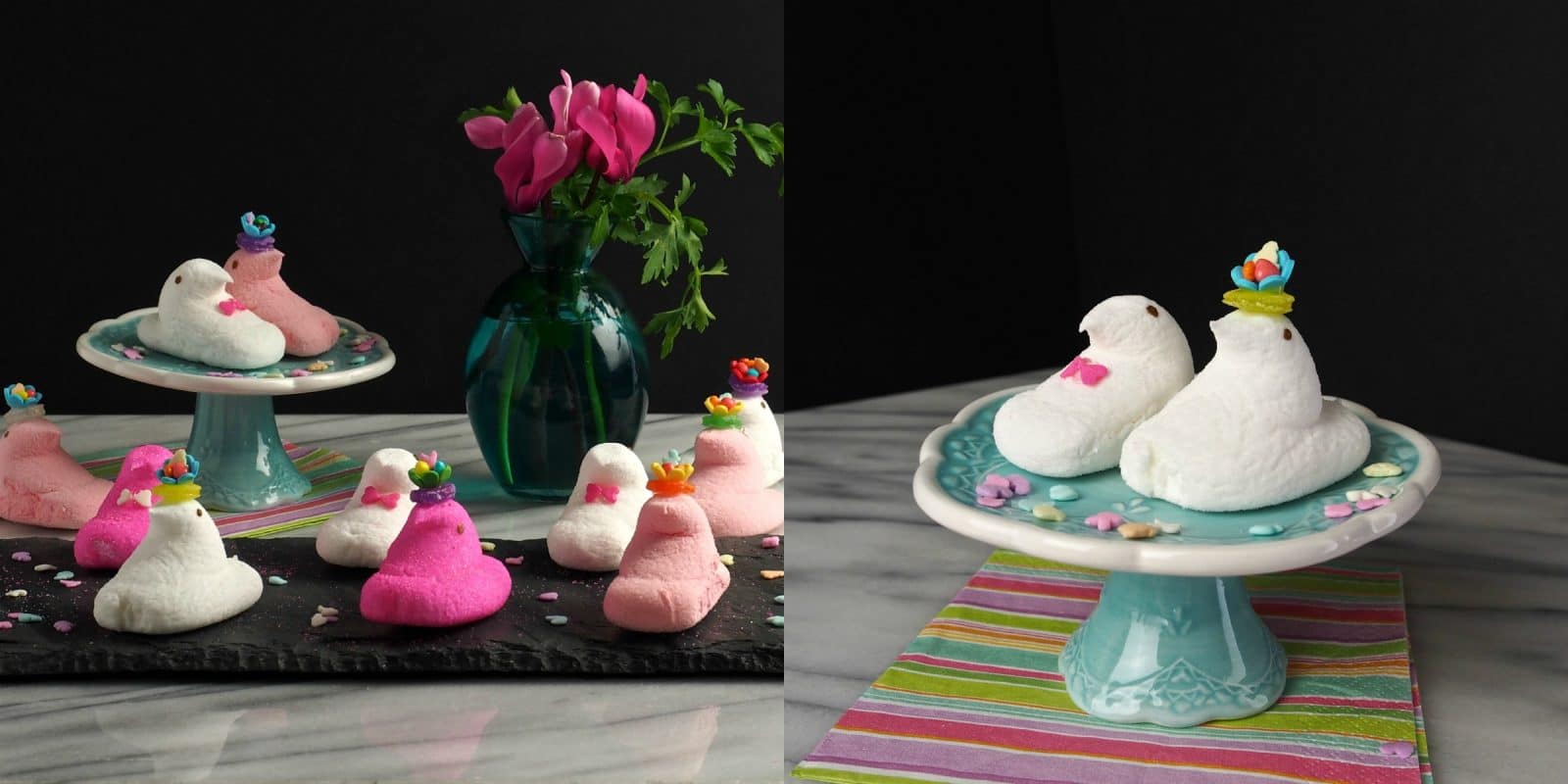 Of course, I had to get photos of each family.  These Peeps were a little snobbish, but do make such a handsome couple. 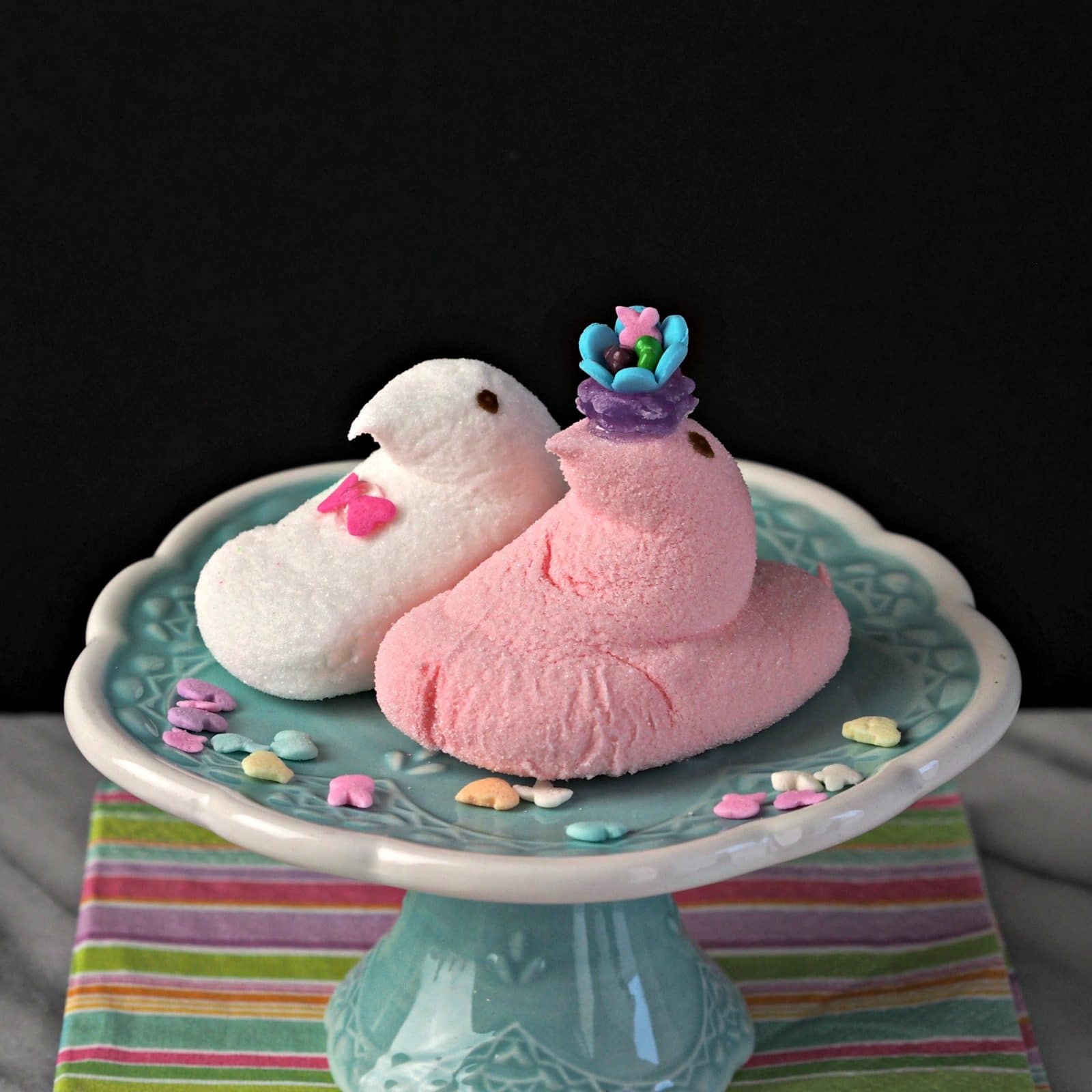 I just did what the Peeps told me to do.  How does one argue with Peeps?

How does one argue with Peeps on Parade? 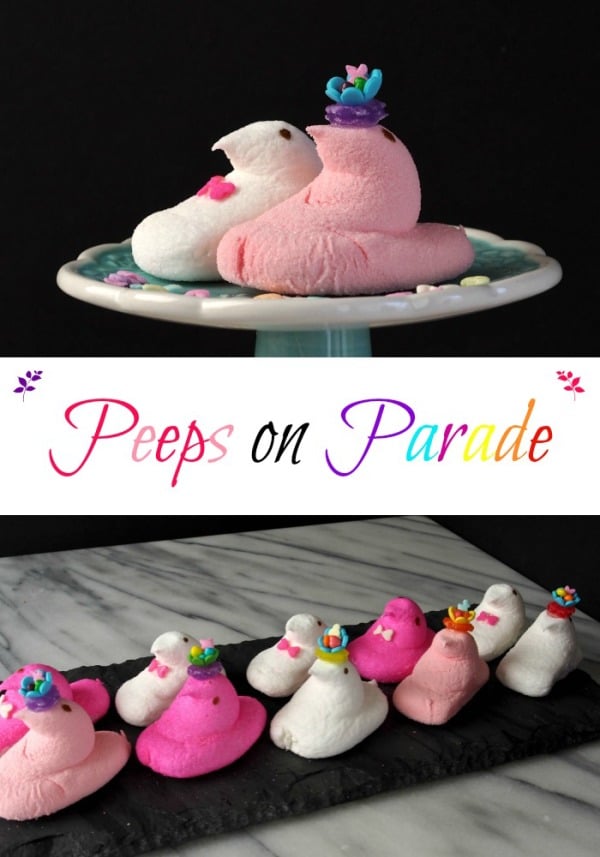 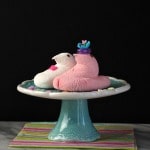 This hot-pink peep is for my “Sweet Peep”. 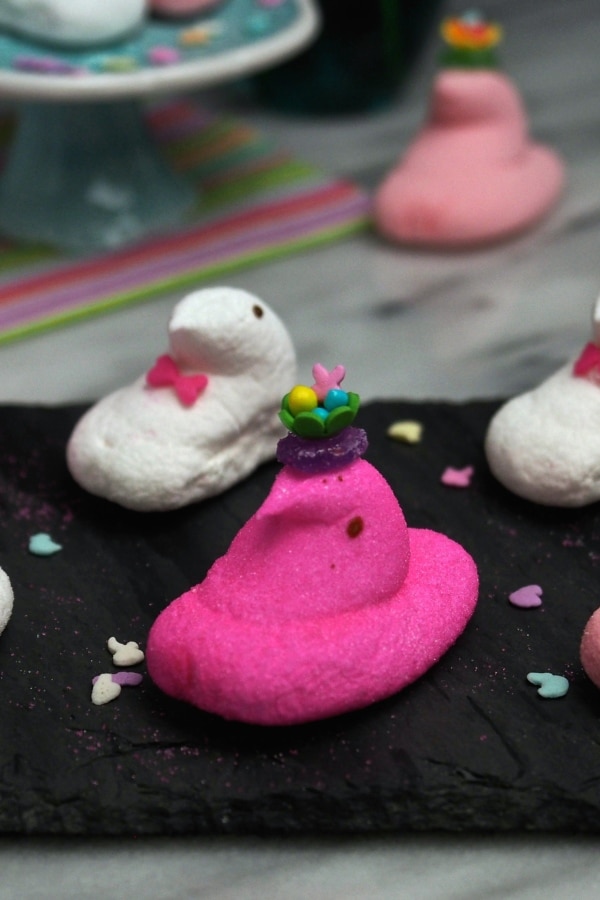