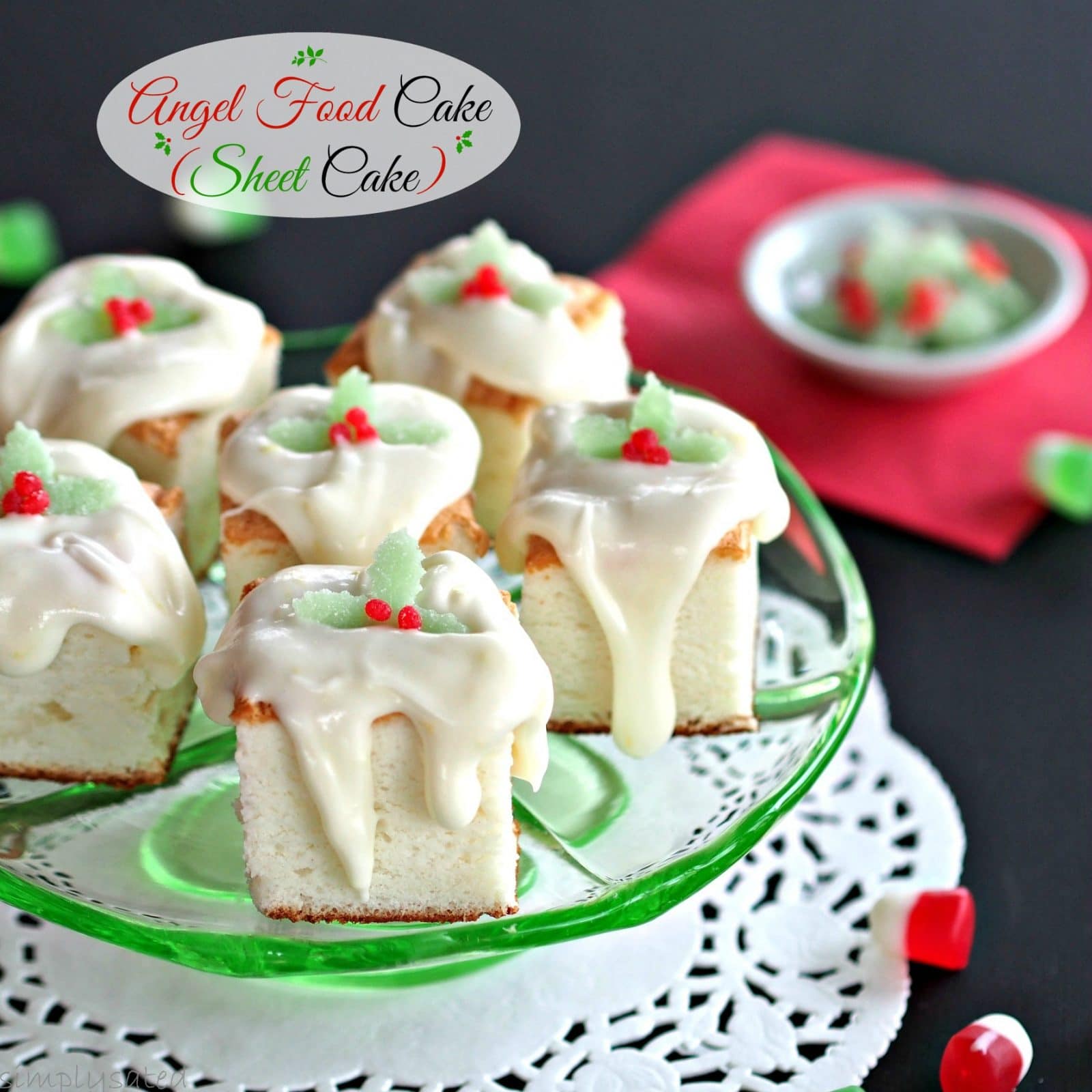 How did Angel Food Cake get its name? I was pondering this very question while baking this Angel Food Cake (Sheet Cake) version a couple of days ago. Wikipedia states; Angel Food Cake “is so named because of its airy lightness that was said to be the “food of the angels”. 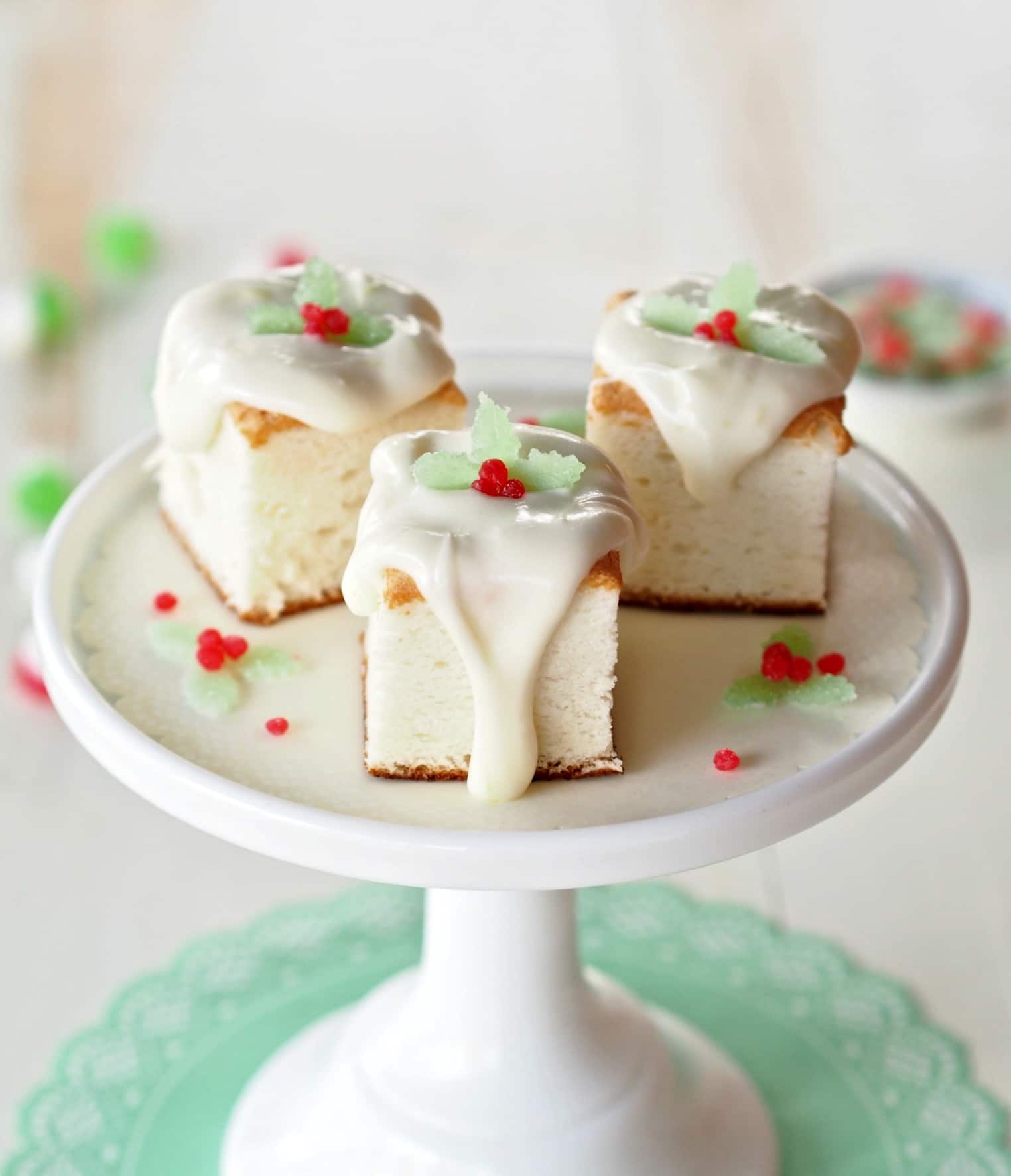 Here is my own theory which is completely unfounded by any religious doctrine including my own.

Well, you see, some angels were having a birthday party and needed a birthday cake. It couldn’t be just any old cake; it had to be lighter than air just like they are. They had no way of baking a cake, so decided to do what all good angels don’t do – they came to earth and stole the only birthday cake they could carry. Thus, the name Angel Food Cake was bestowed. It should really be called Angel Food Birthday Cake. 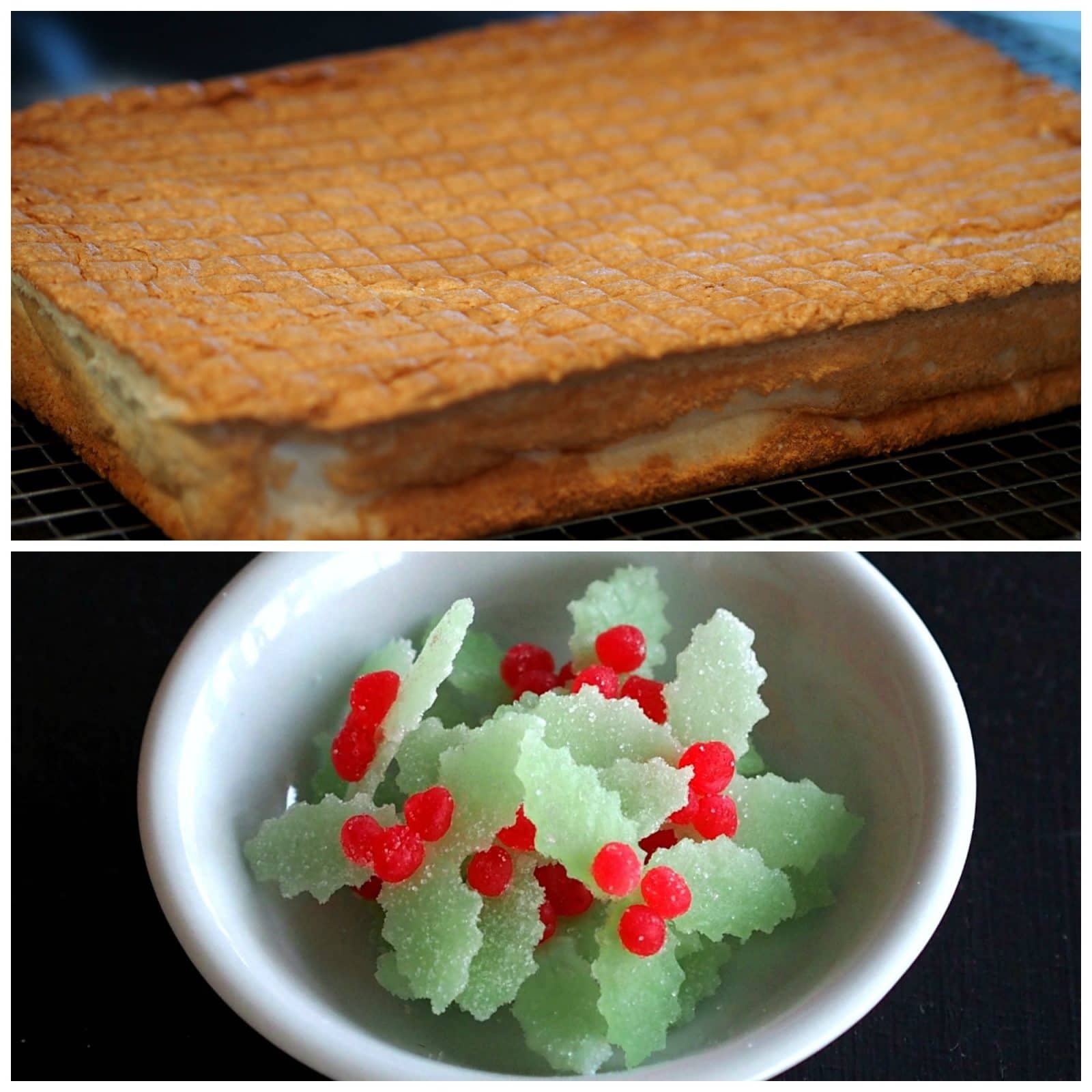 With that decided, I need to set the story straight on this cake. This is not an Angel Food Cake any angel would steal. It is not lighter than air and it is eggier than the traditional variety. But, and this is a very important “but,” it is out-of-this-world delicious and beautiful – especially with the Lemon-Cream Cheese Frosting and Holly Cupcake Decorations. 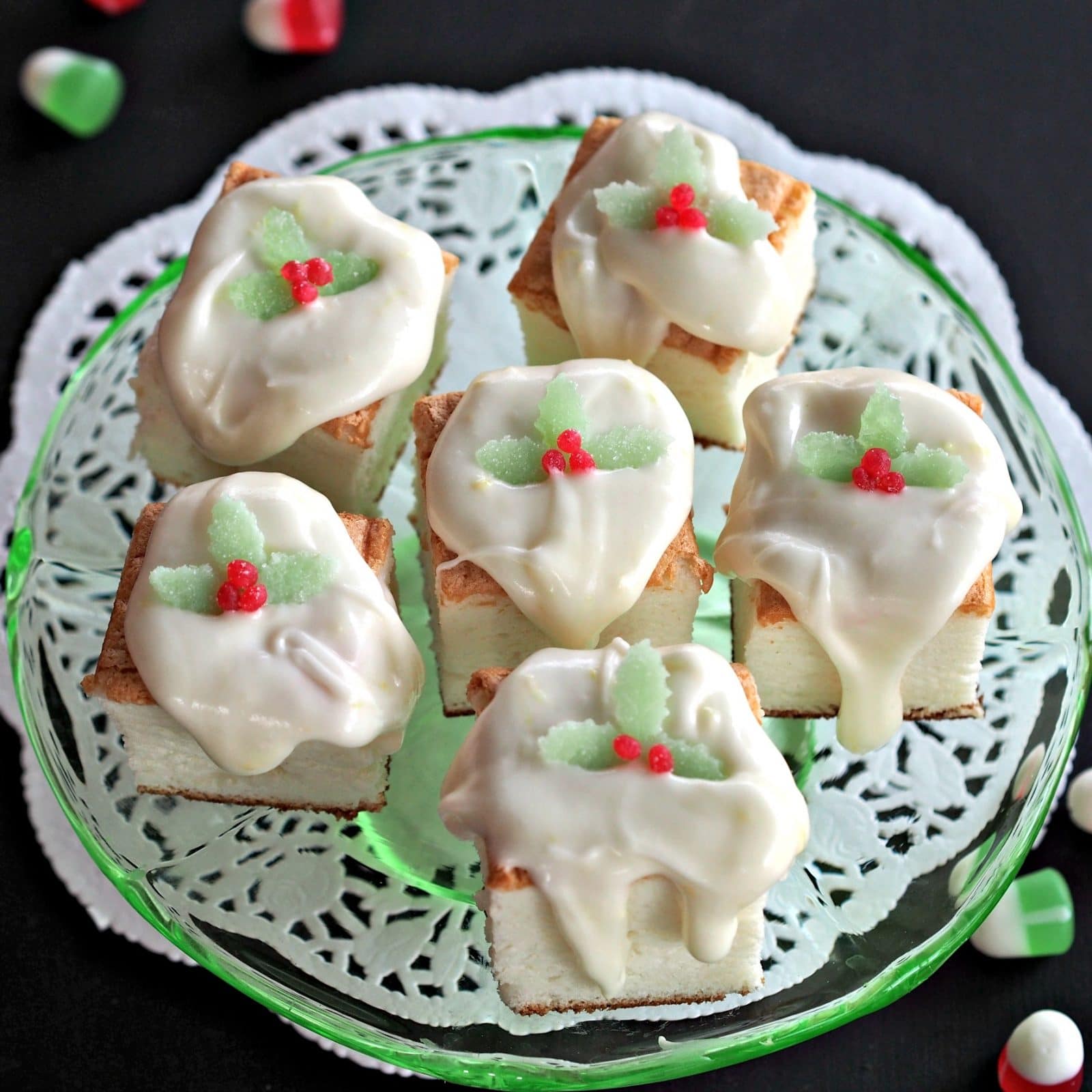 Whether you believe my version or Wikipedia’s of how Angel Food Cake got its name really doesn’t matter. All that matters is the taste and this cake is sensational. 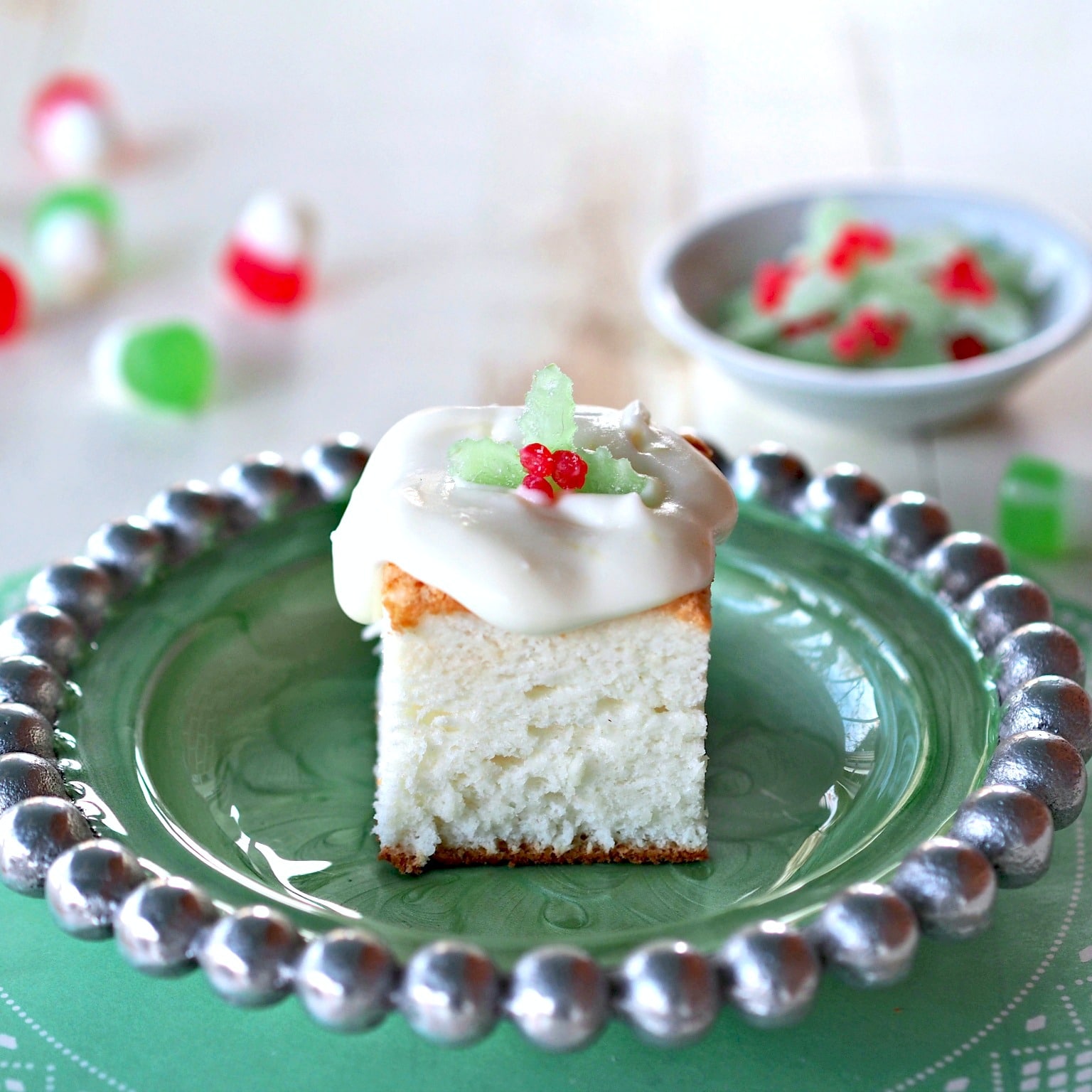 I want you to be honest now – doesn’t my theory about how Angel Food Cake got its name make the most sense? 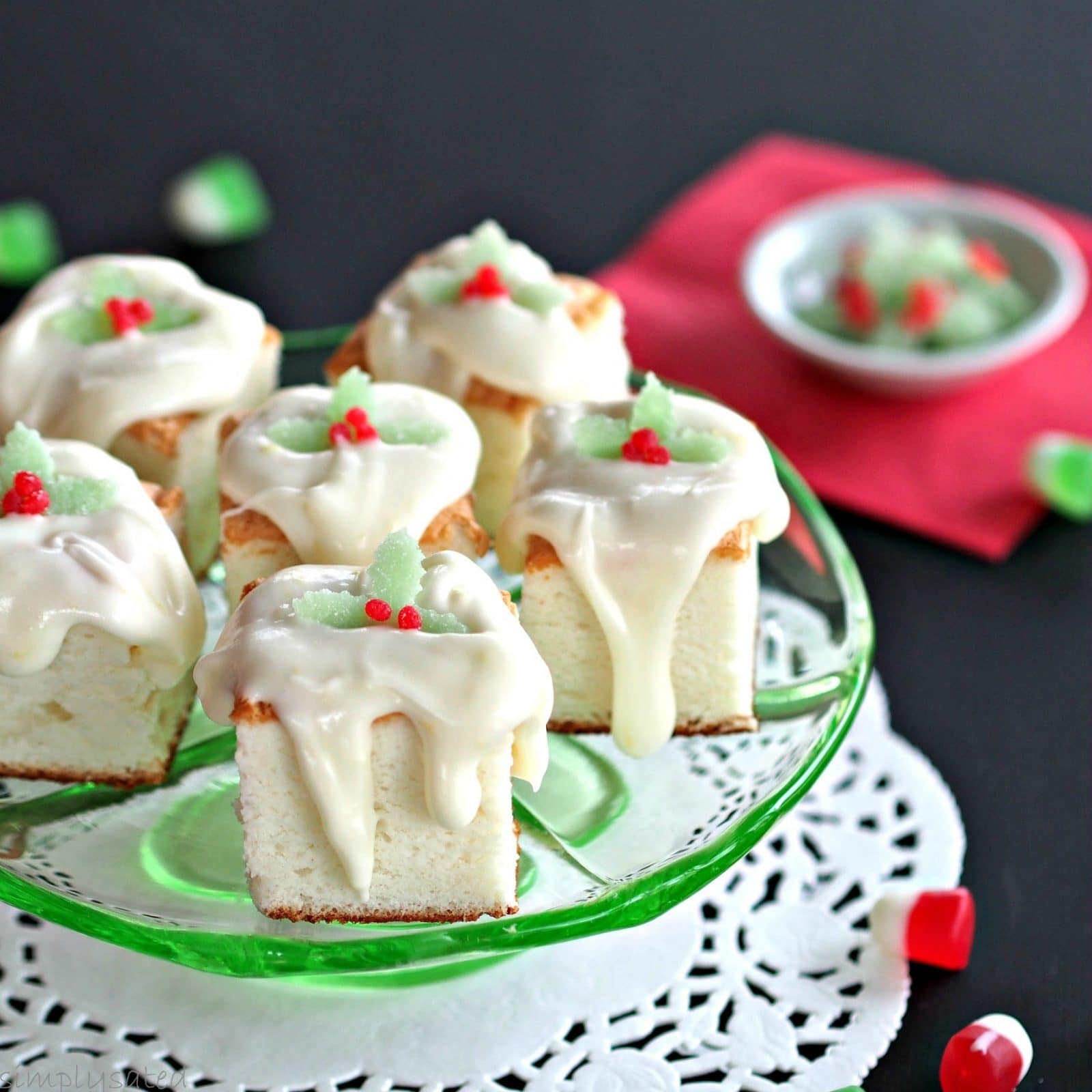 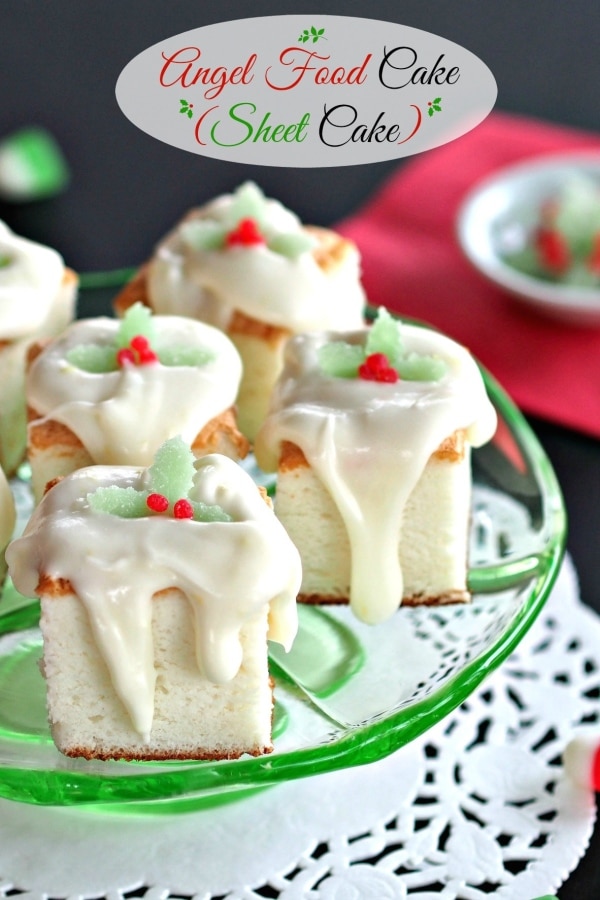 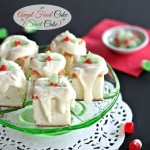 This cake can be baked in an ungreased angel food cake pan - 30-35 minutes.
or...
in 3 ungreased 9-inch round pans - 15-18 minutes or until a toothpick inserted in the middle comes out clean.