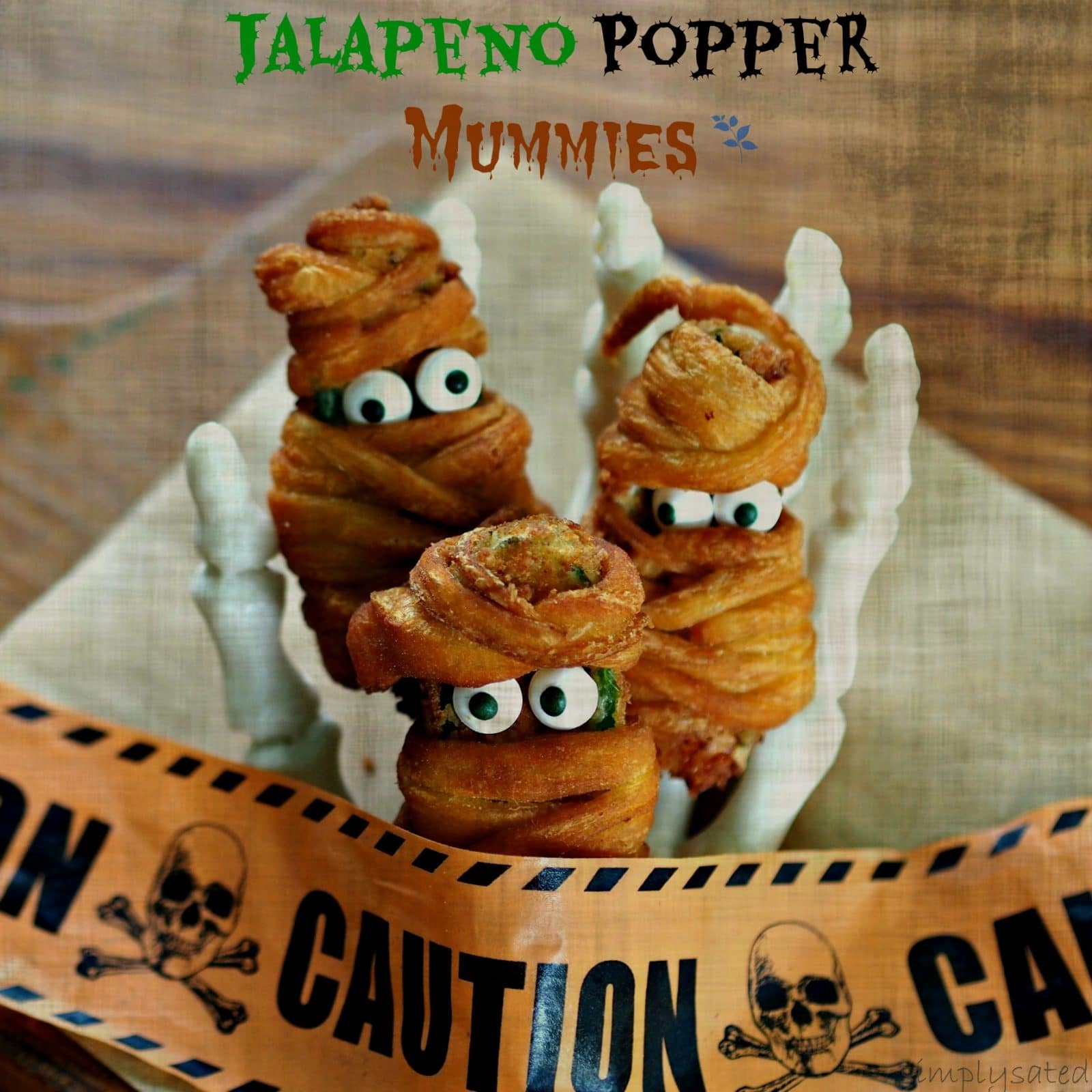 Halloween is right around the corner and Jalapeno Popper Mummies are making some pretty big-headed demands: 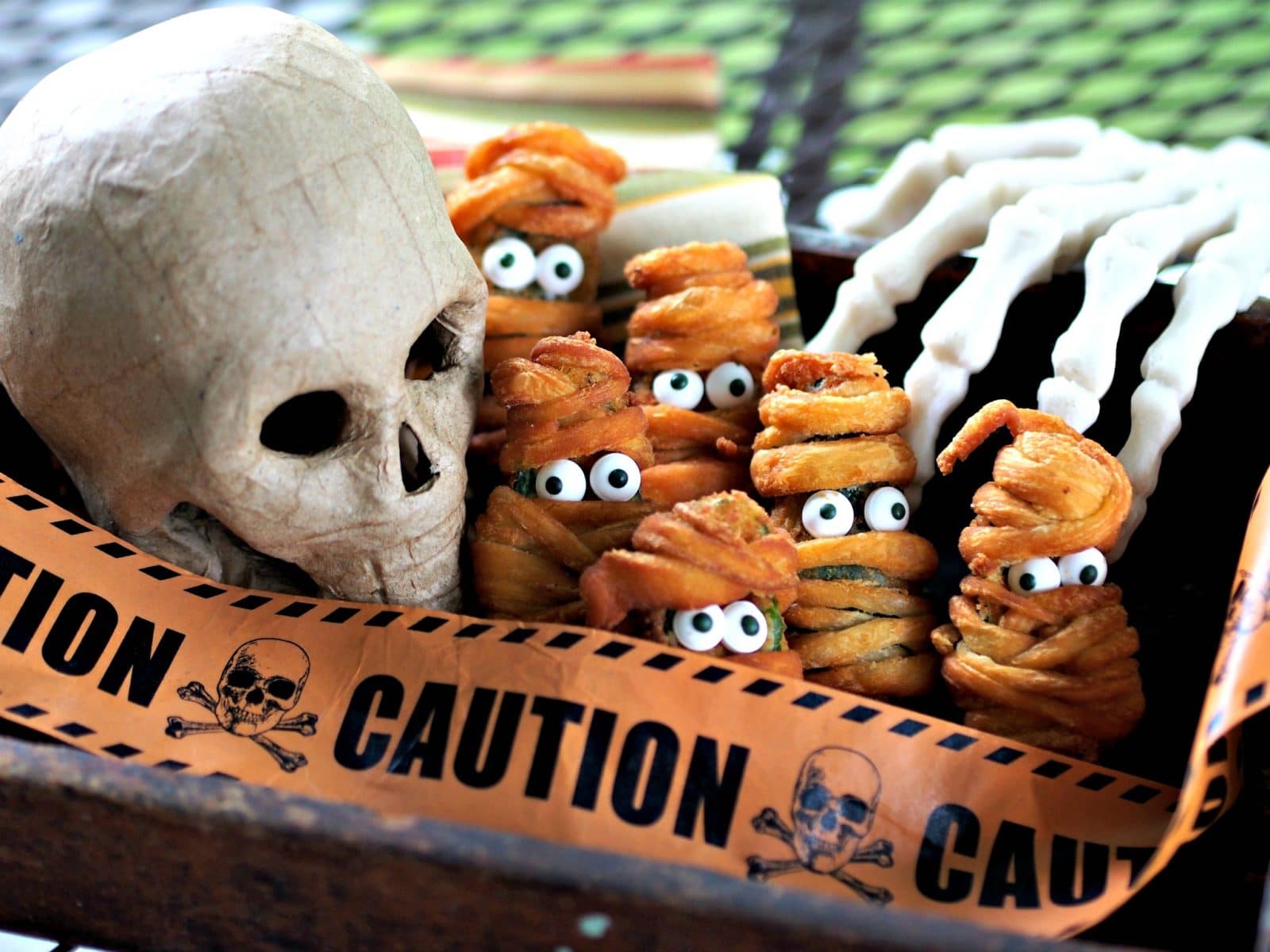 Hmm?? I have never argued with mummies before and have no idea how they will react to being told “no.”  I suppose Jalapeno Popper Mummies will be wearing cream cheese, cheddar cheese and brown sugar. They will also be dipped in egg and milk, and dredged in flour, salt, pepper & chili seasoning. Then, they will then be wrapped in Pillsbury Crescent Rounds strips and deep-fried (or baked) until golden brown. I guess since they have to go through all that trouble just to get ready, they should be the honored guests. 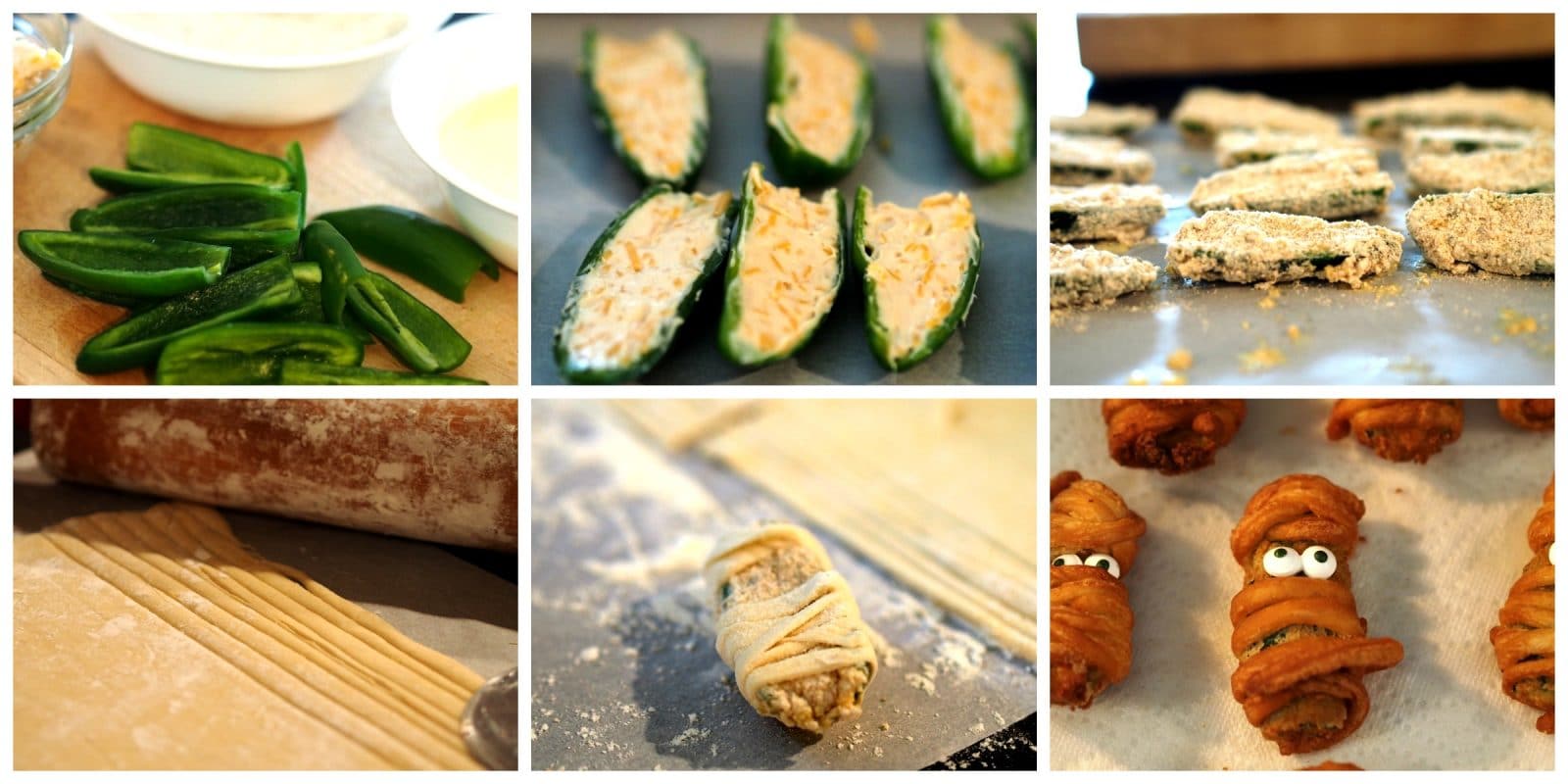 I really don’t have a problem with them taking center stage on the Halloween Buffet Table but the Spider Cupcakes, Meringue Ghosts, Witches’ Fingers and Glowing Cake (all coming soon) sure might. 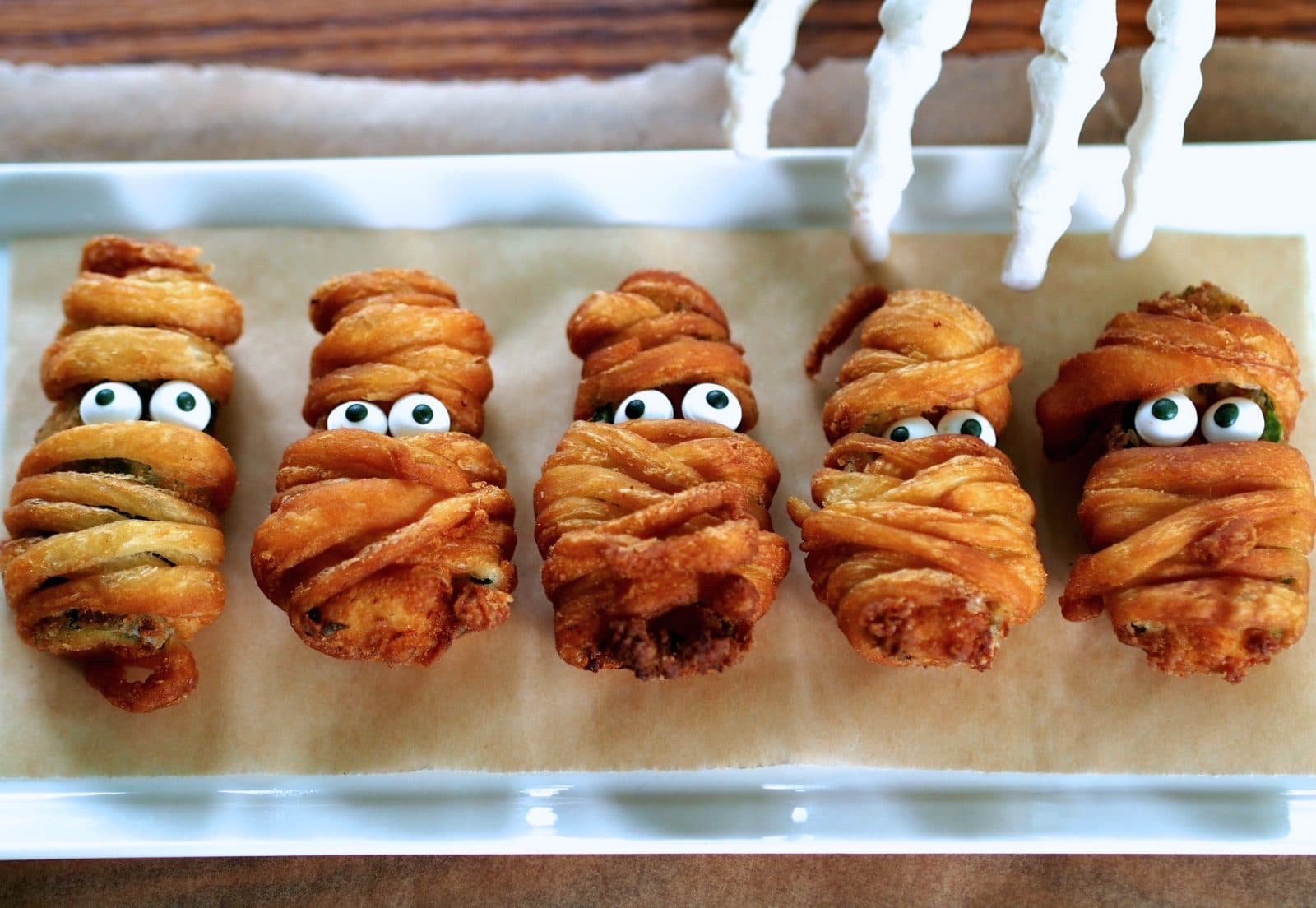 Next thing you know the Witches’ Fingers will want to answer the door and hand out all the candy. No telling what the spiders and ghosts will think up. 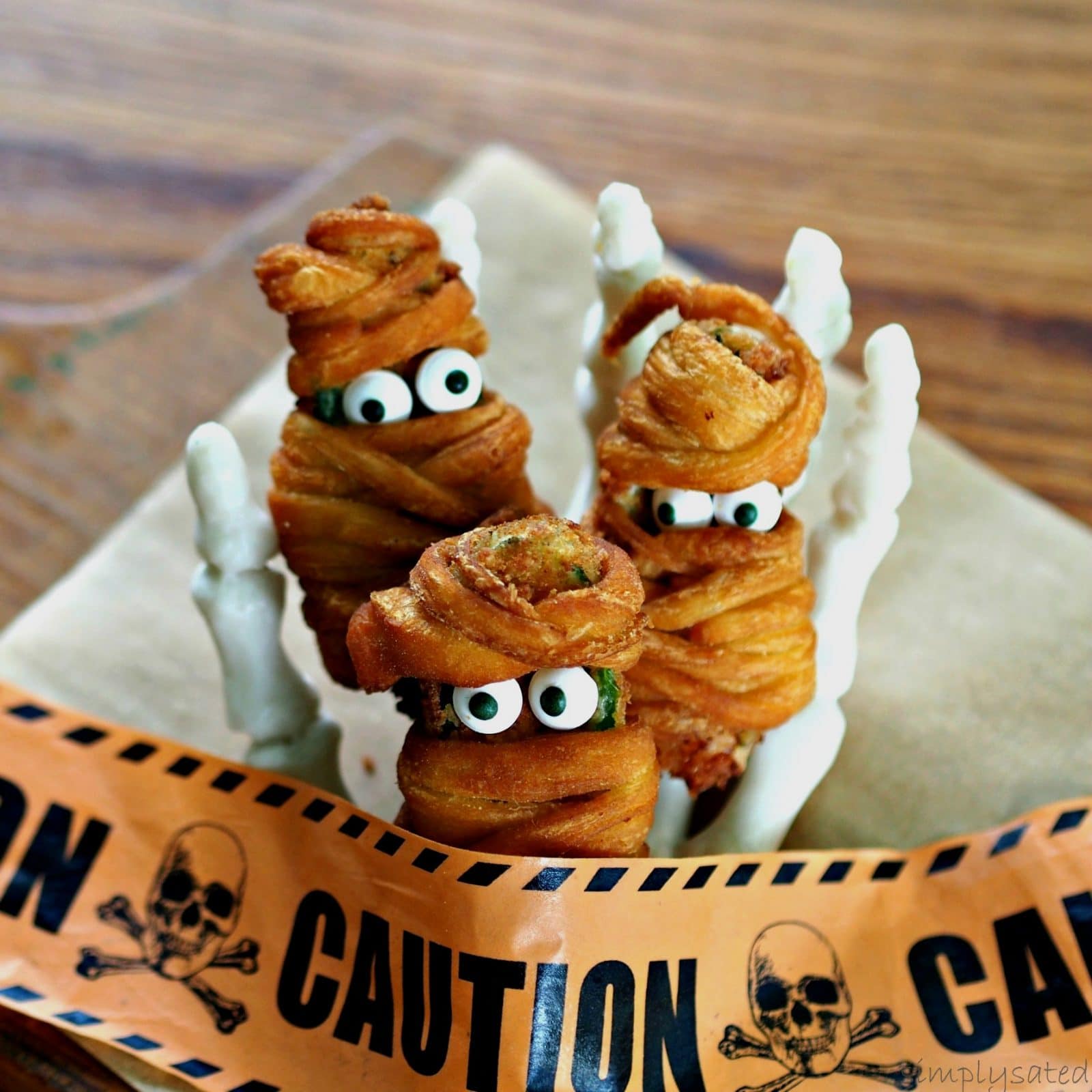 Jalapeno Popper Mummies are awfully cute, but this is the cutest little mummy of all time, my daughter Becky, now The Cookie Rookie, in 1985. 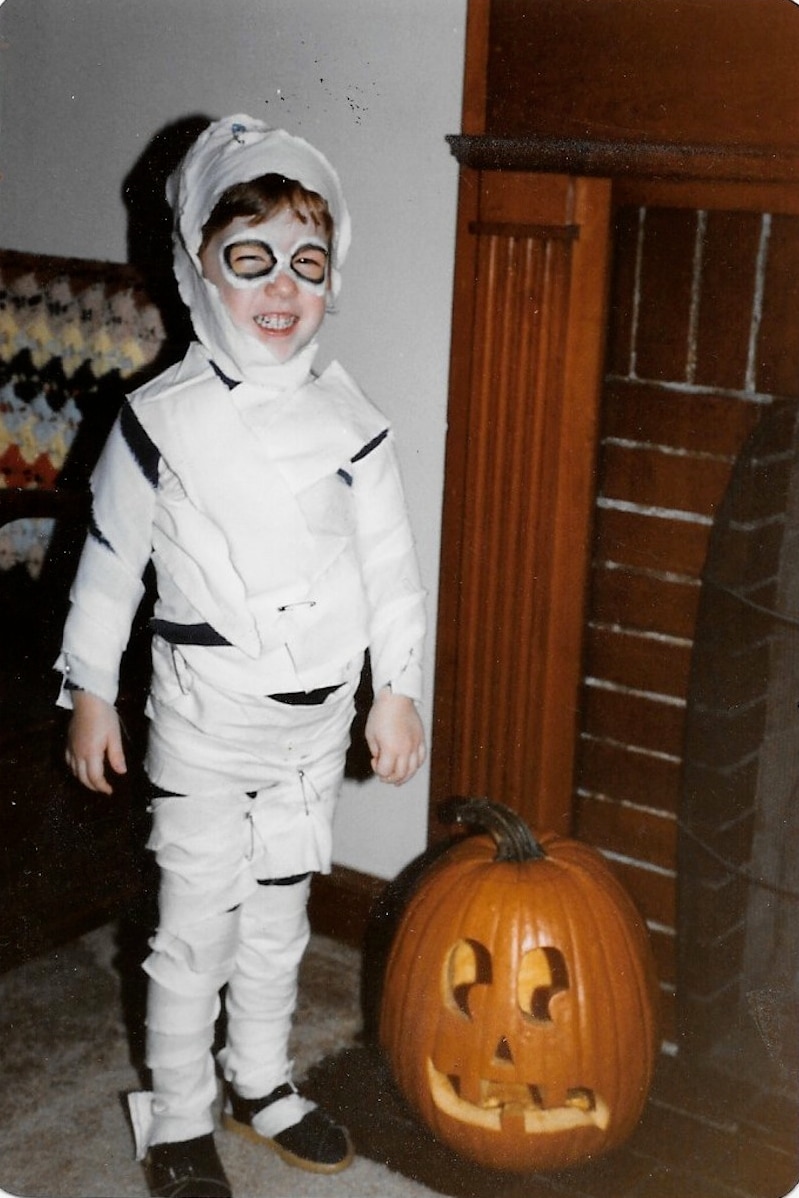 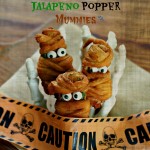 Jalapeno Popper Mummies can also be baked - here's how:
Preheat oven to 350F
Place dough-wrapped popper mummies on a parchment-covered baking sheet 2" apart.
Place in the oven and bake 8-10 minutes or until golden brown on both sides.
Remove from oven, add eyes and serve immediately.
Popper Mummies are best eaten immediately, but if need be, they can be warmed in the microwave for several seconds.