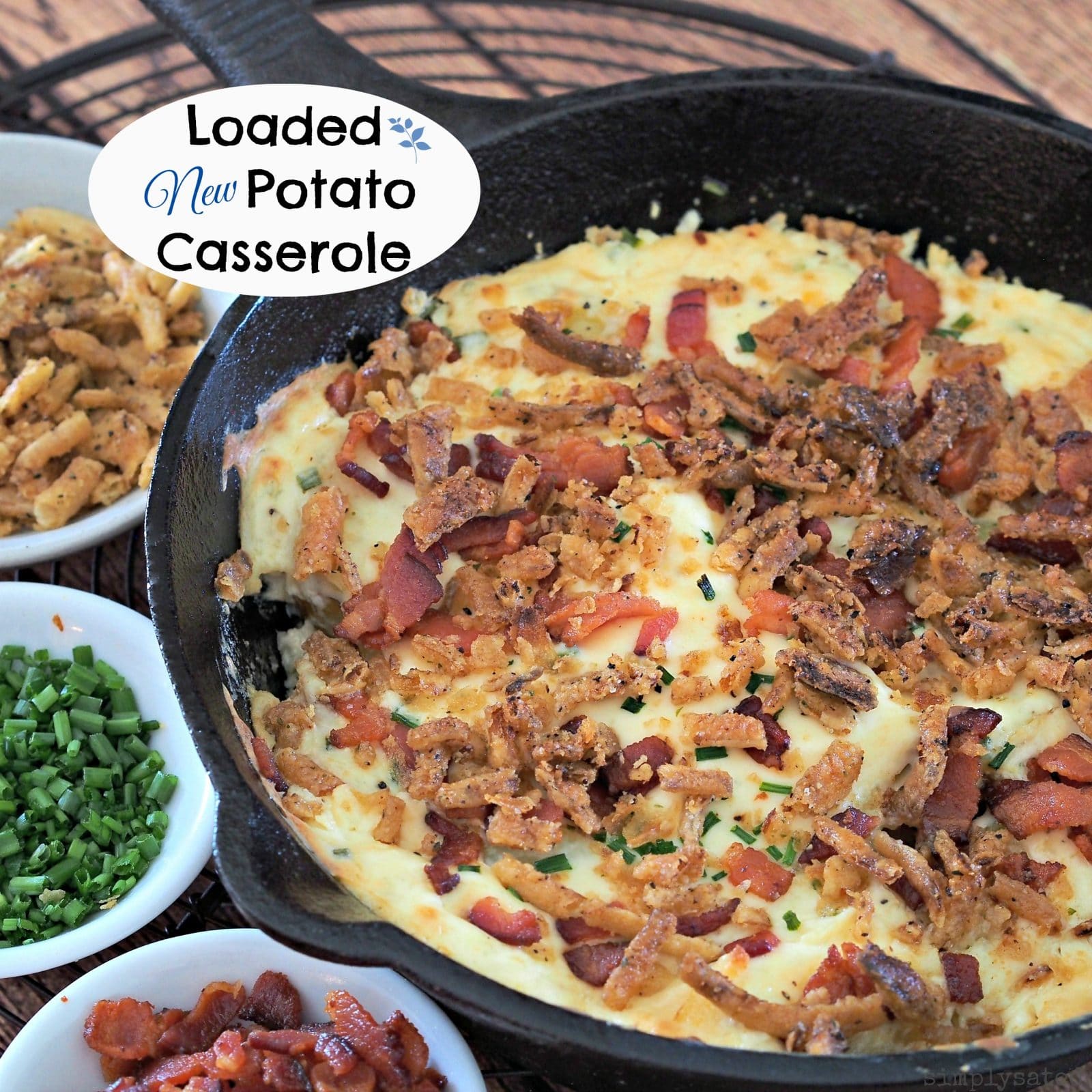 Loaded New Potato Casserole is just what the doctor ordered – for the potato.

There are few foods more basic than the good old potato. Its shape is round to oval. Its color is beige, yellow-ish or ruddy red. Its taste is bland – whether raw or baked, and it is practically void of any aroma. I bet it gets so bored wearing the same dull skin it probably gets downright giddy when sprinkled with a little salt & pepper. 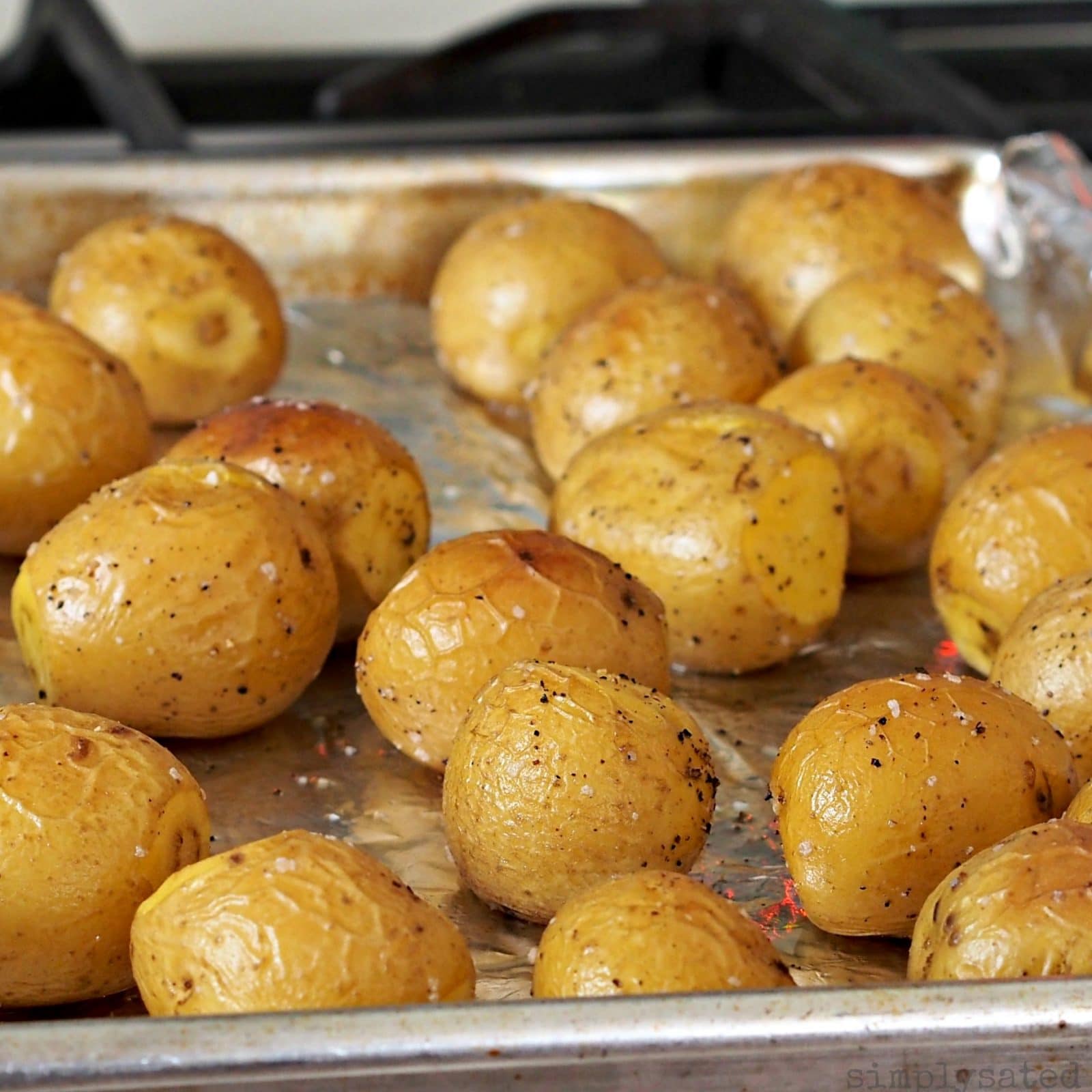 Don’t get me wrong I love the most basic of potatoes – the baked potato, but I bet if it could talk, it would beg to get dressed up every now and then.

The baked potato reminds me of a certain guy who wears khaki slacks all the time. Beige khaki, green khaki, brown khaki, light khaki – no matter which shade it is – it is still khaki.   I begged him, “Please, wear another color.” Finally, when that same guy stepped out in a pair of navy slacks and a Kelly green shirt, I said, “Wow, you look fantastic!” That “certain guy” is this guy – my husband. Doesn’t he look great? (*) 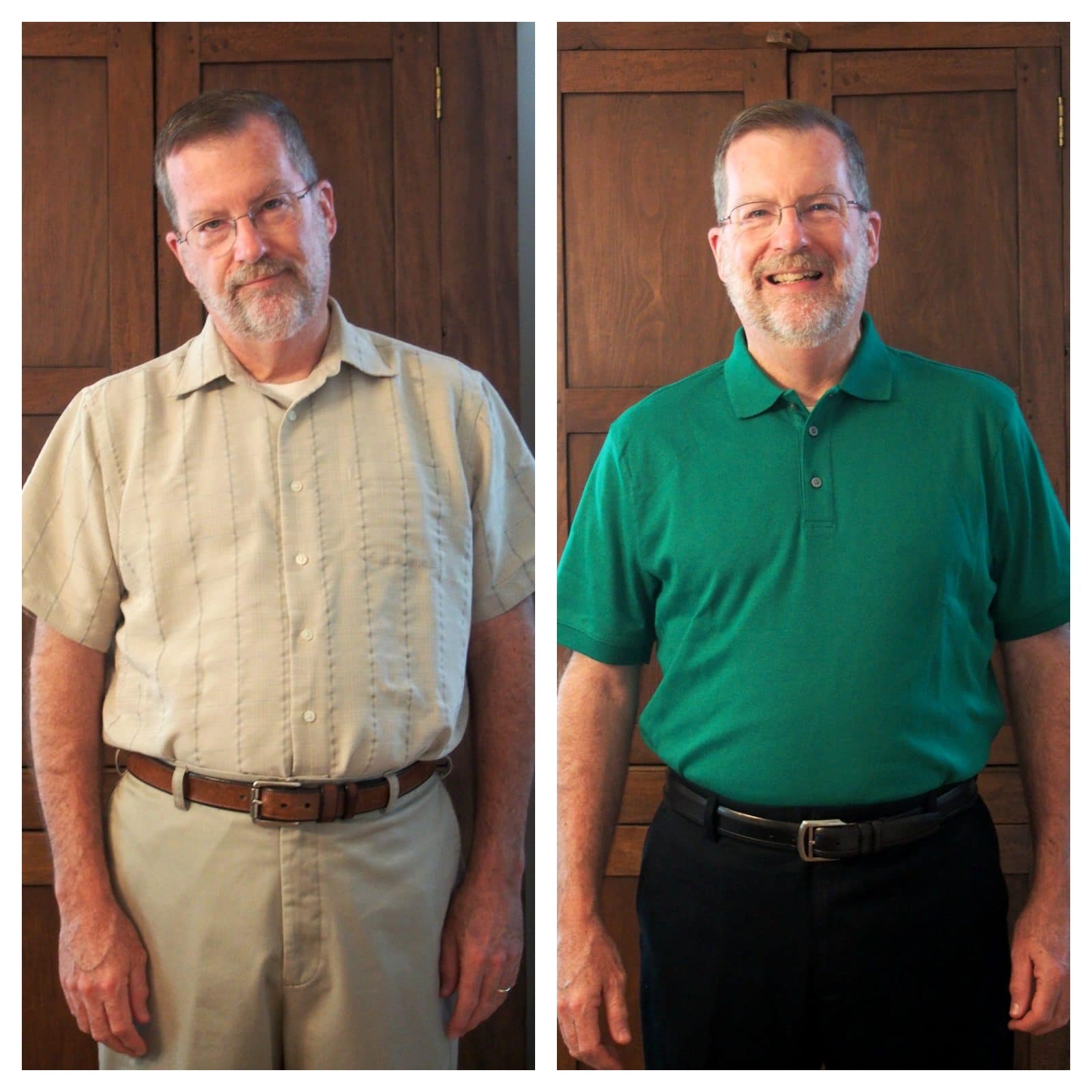 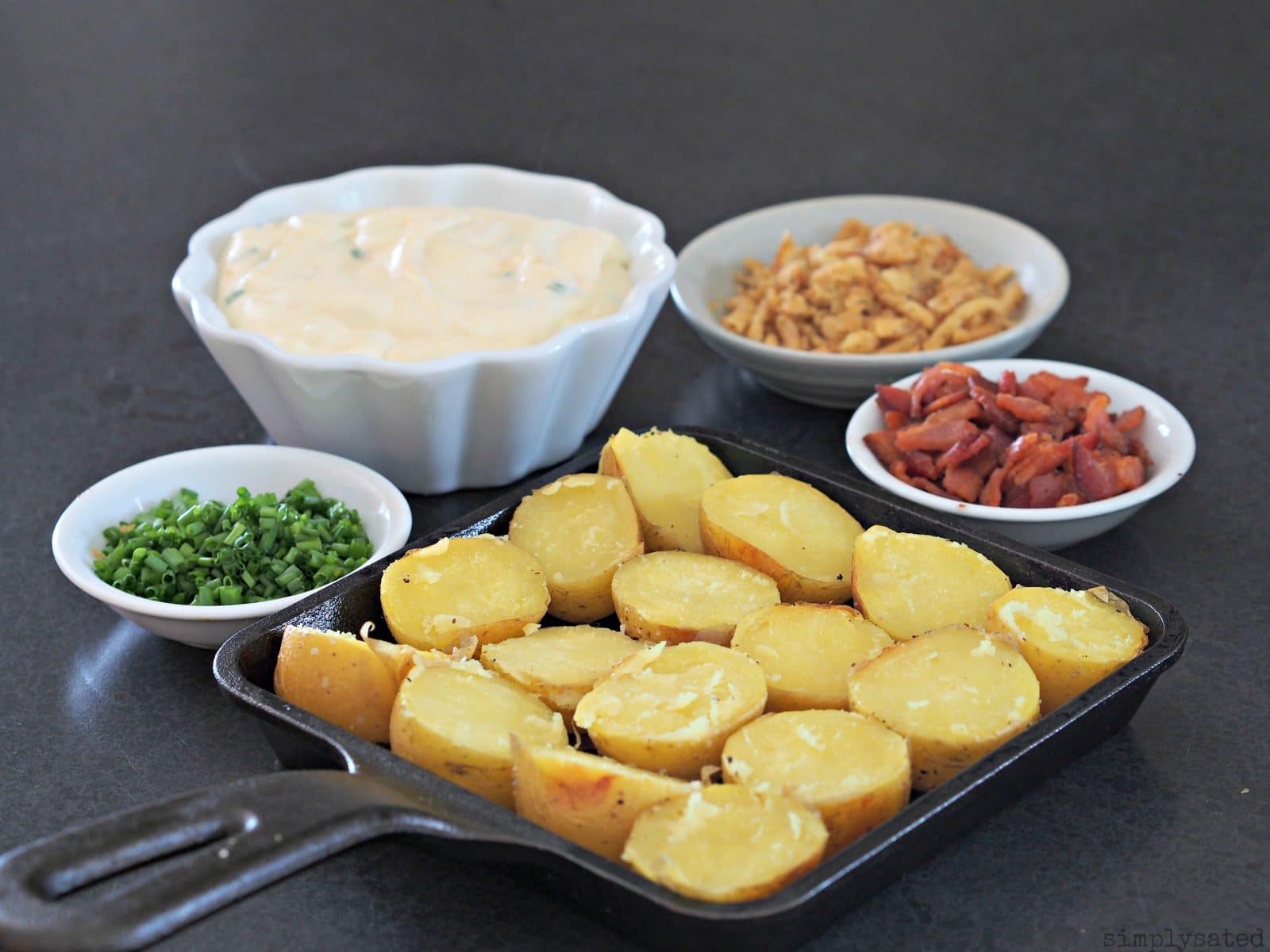 I combined all the ingredients in Loaded New Potato Casserole: Chives, salt, pepper, bacon, sour cream, mascarpone (or cream cheese), cheese and dried onions then poured the mixture over the baked potatoes. 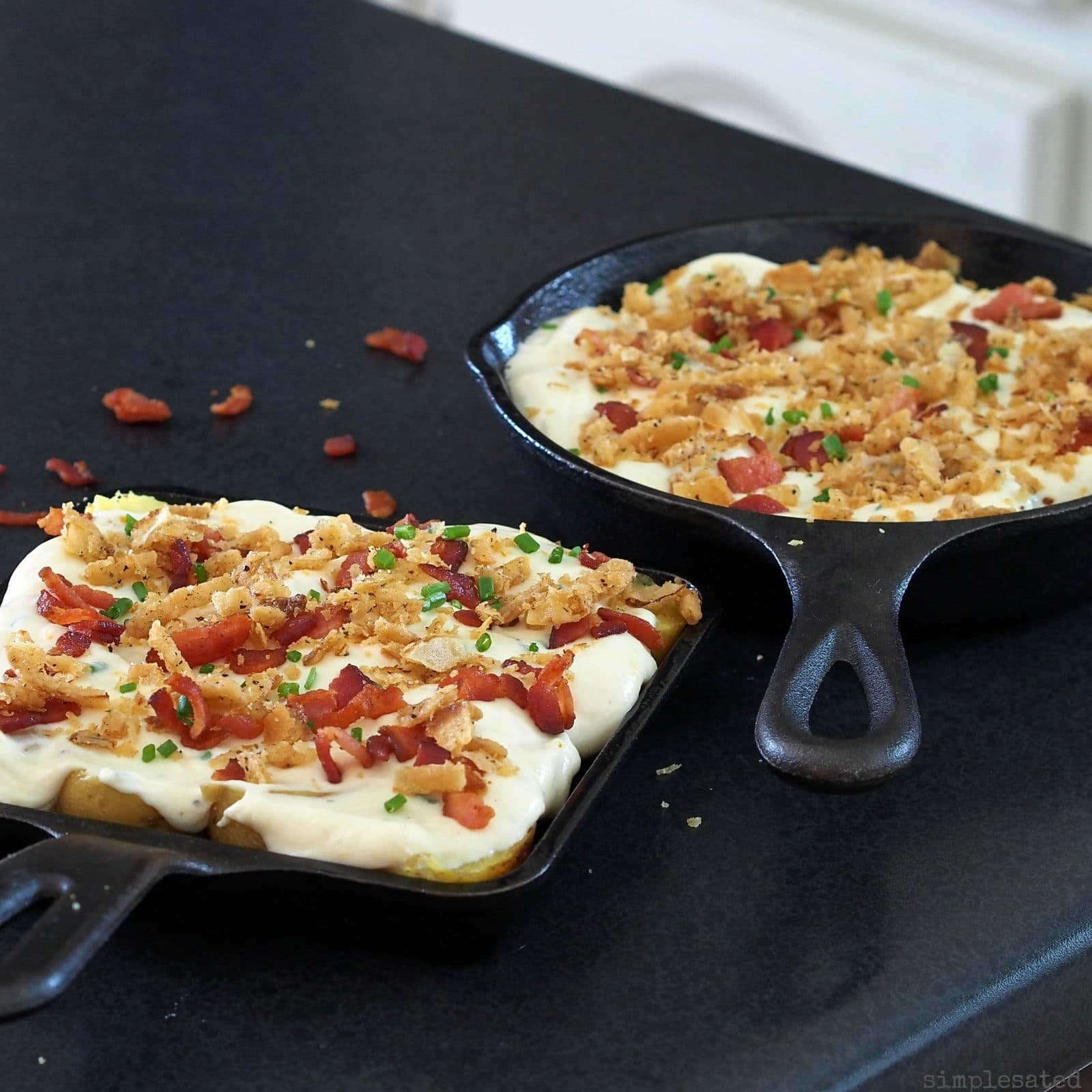 I let them socialize in the oven long enough for them to fall in love and what do y’know? Deliciousness happened.

Now I know this dish isn’t what the doctor would order very often, but once in awhile, it is fun for everyone and everything to put on some fancier clothes.

By the way, these new potatoes make a great appetizer. Serve straight from the oven, stick a toothpick in each and enjoy!

*Disclaimer – no husband’s feelings were hurt in the broadcasting of this post. 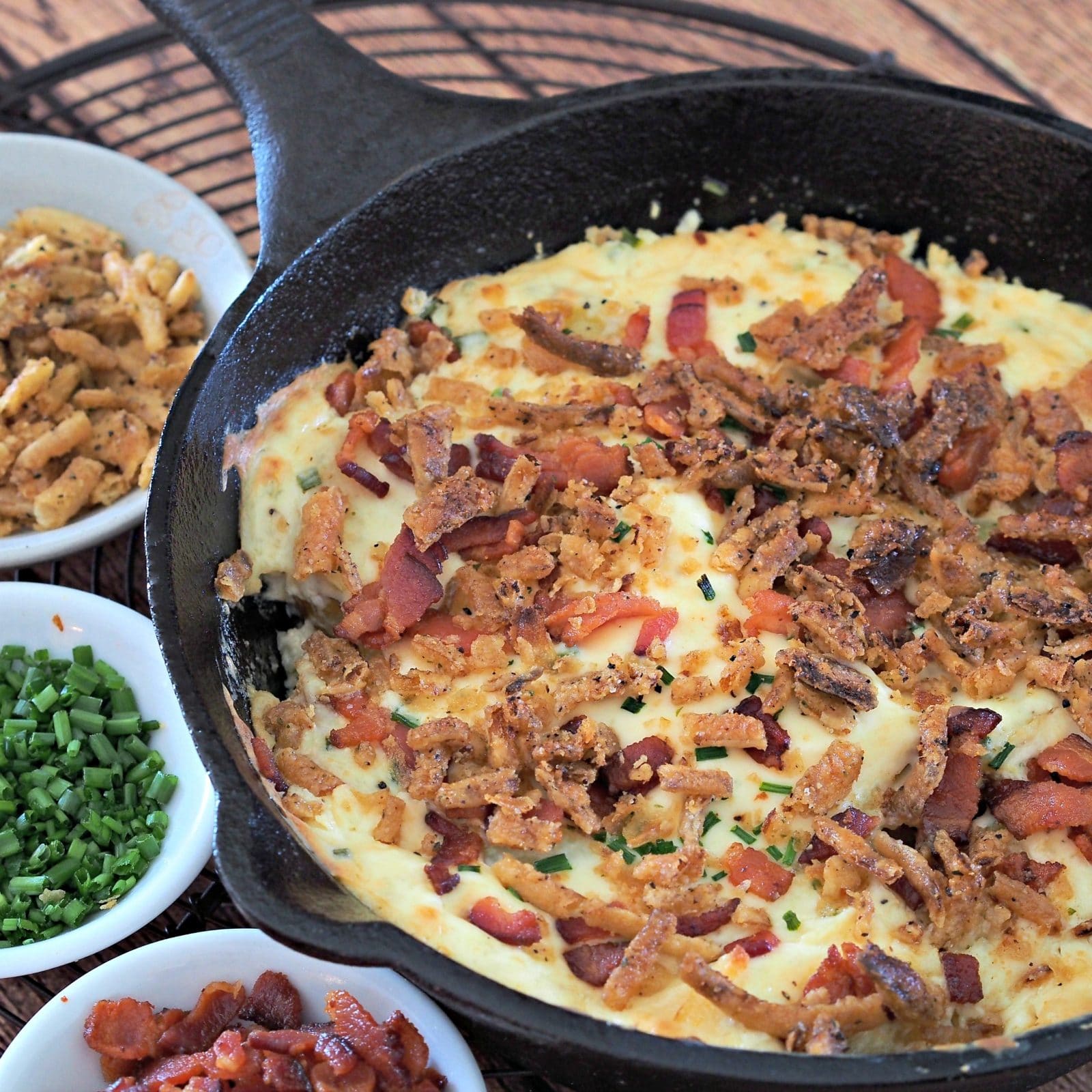