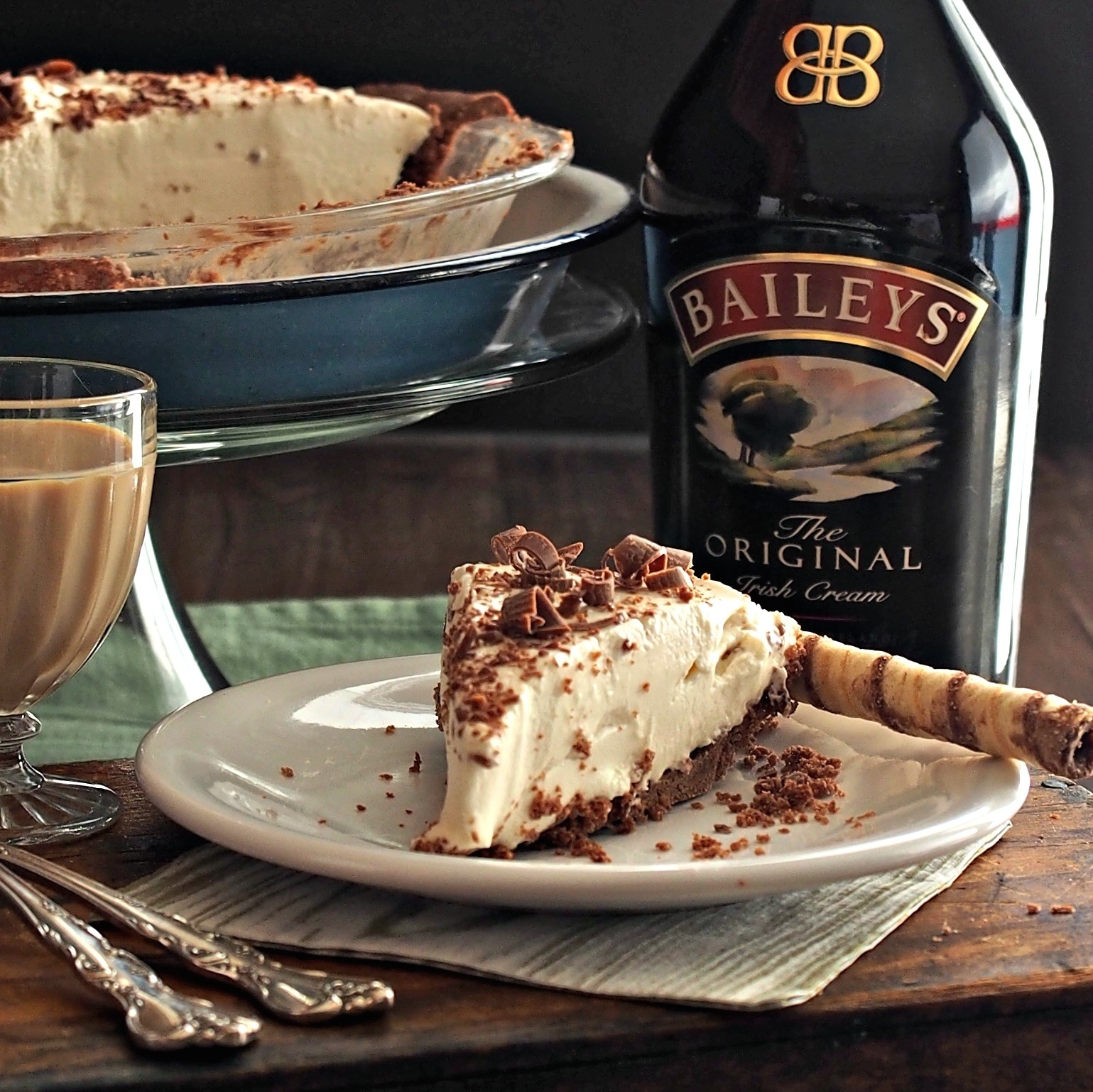 When Irish Eyes are Smiling sure it’s like a morn in spring
In the lilt of Irish laughter you can hear the angels sing…
…For your smile is a part of the love in your heart,
And it makes even sunshine more bright.

Even if your eyes aren’t Irish, they will be smiling after one bite of this Irish Cream Pie. This pie has a smooth, creamy Irish Cream and marshmallow filling set in a chocolate crust then topped with chocolate curls.  It is so heavenly, you just might hear the above mentioned angels singing after eating one slice! 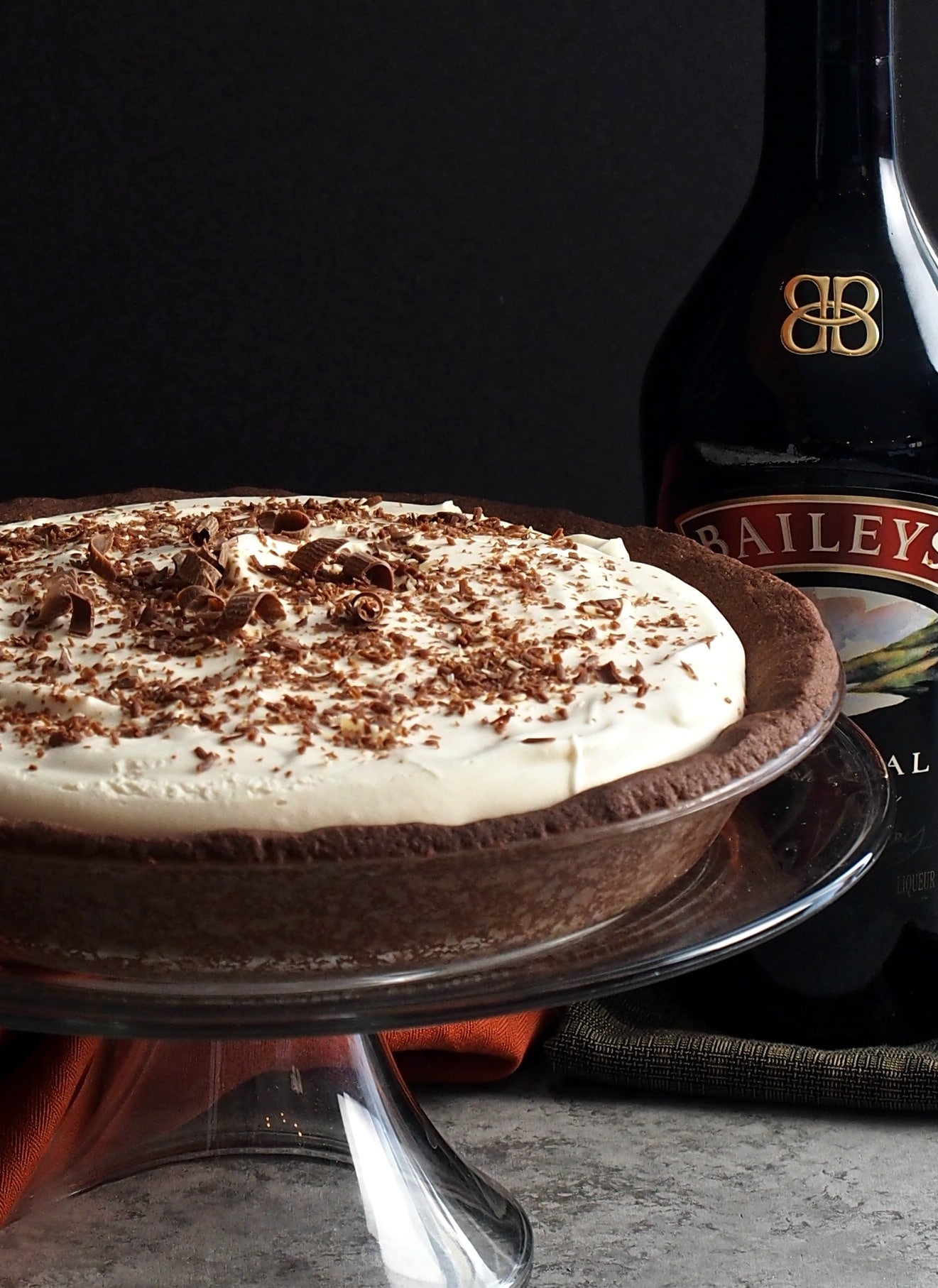 In 1976, my in-laws introduced me to Irish Cream. I was surprised to find out whiskey mixed with cream, hints of chocolate, coffee and almond would taste so good. After my first taste, I found out it is best to sip slowly and to keep in mind; Irish whiskey is strong.  On the contrary, and with Irish Cream Pie, there is no need for such worries; the filling has the perfect balance of liqueur, marshmallows and cream.

Years ago Irish Cream liqueur was only used as it is or included in other alcoholic drinks. Jump forward 40 years, and it is common to see all kinds of recipes that include Irish Cream in the ingredients – recipes such as pancakes, muffins, cookies, cakes, ice creams, candies and so many more. 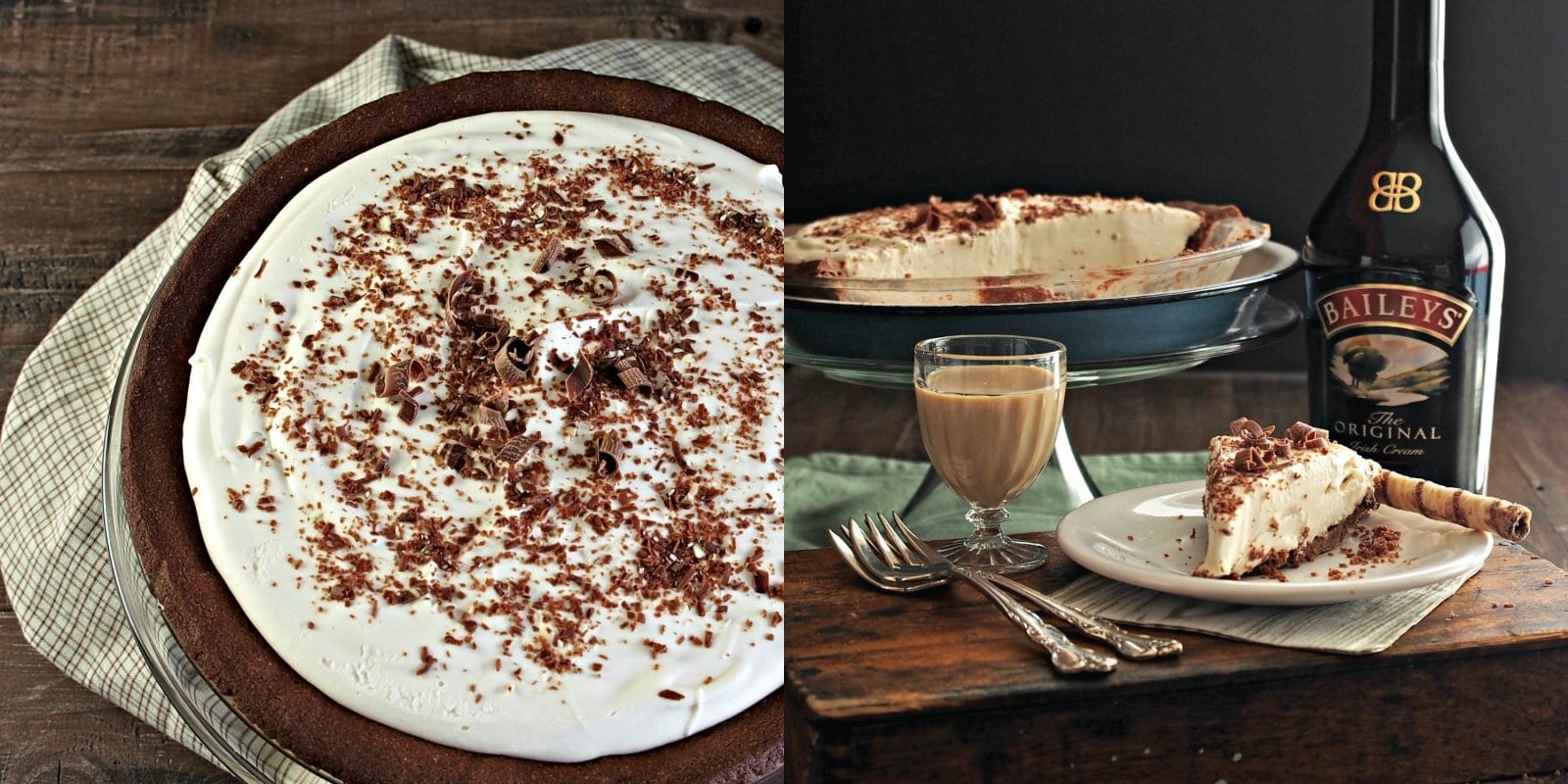 Irish Cream Pie is a fine example how an elixir of cream and whiskey can take a dessert from simple to elegant.

If you want to see smiling eyes all around, serve Irish Cream Pie for dessert tonight. 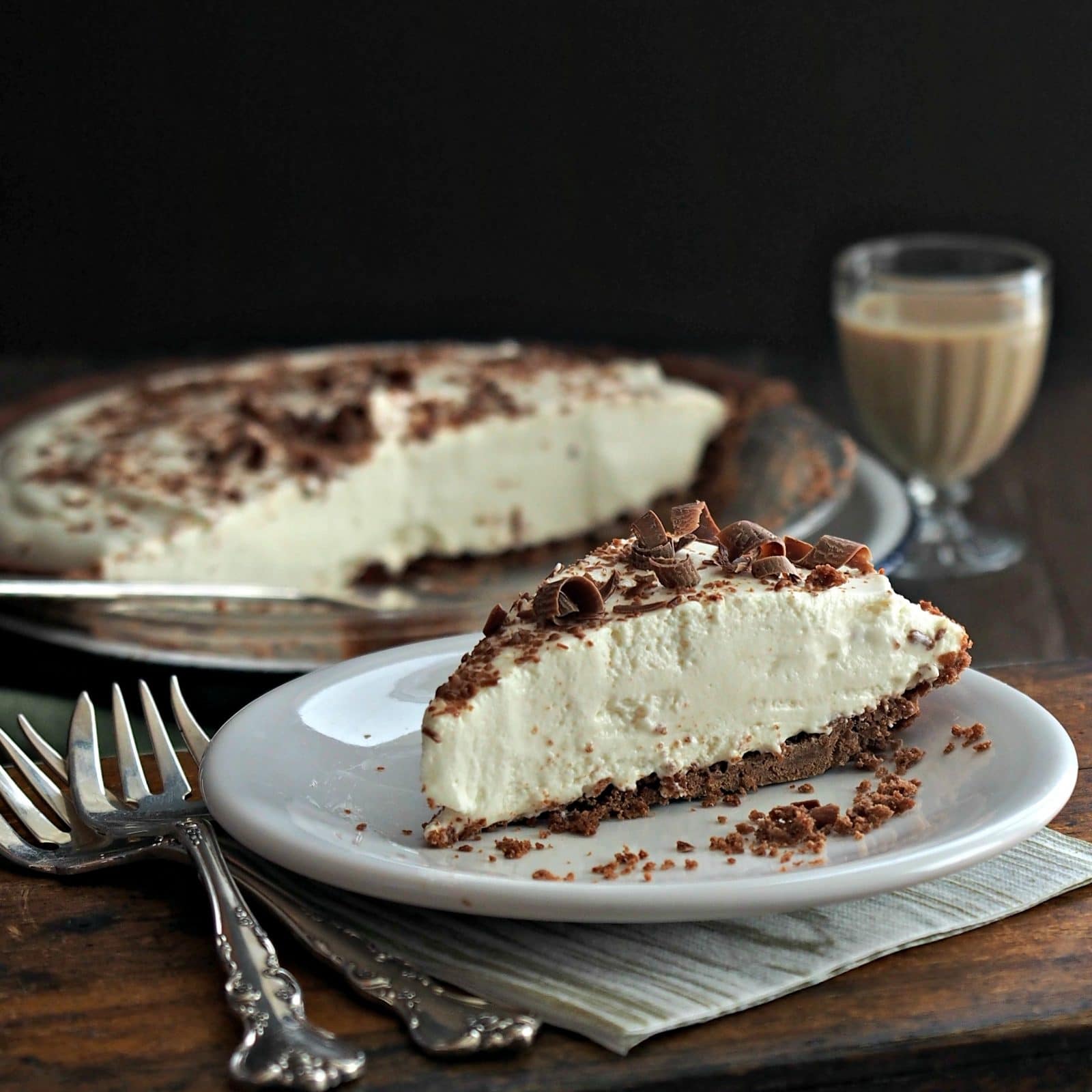 PPS.  The amount of the liqueur is somewhat understated and, in my opinion, perfect. To be certain the taste of liqueur is perfect to your liking, taste-test the filling and adjust the amount before adding the filling to the crust. 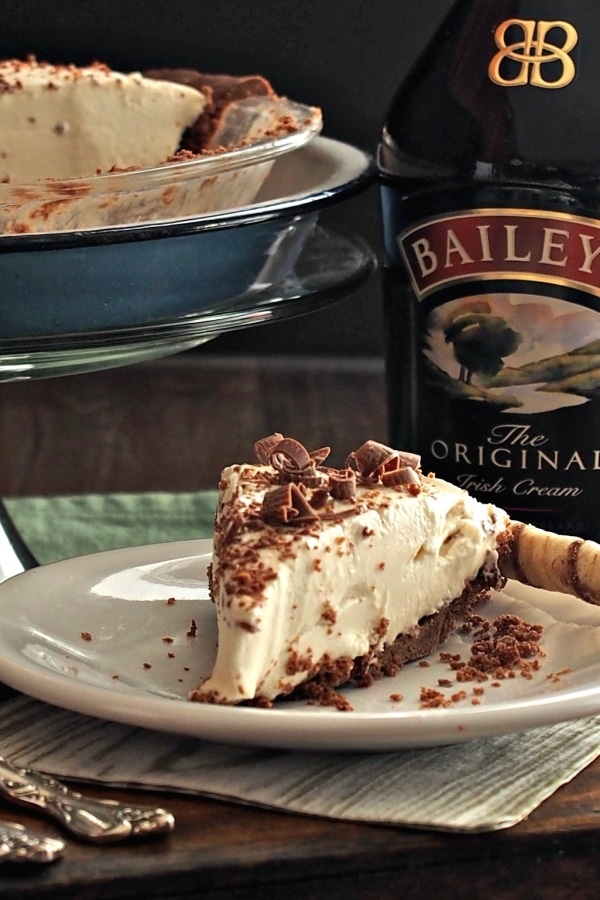 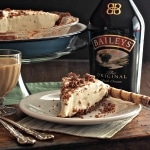